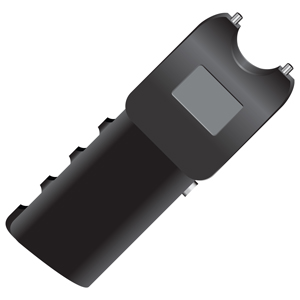 A trial judge is justified in tossing a case filed by a lawyer who produced pepper spray and a stun gun at a deposition and threatened to use them on opposing counsel, a California appeals court has ruled.

The court upheld the terminating sanction against California solo Douglas Crawford in a Dec. 9 opinion, the Recorder (sub. req.), Courthouse News Service and Above the Law report.

According to the appeals court, Crawford held the can of pepper spray about 3 feet from the face of the opposing lawyer, Walter Traver, during the April 2014 deposition. Crawford told Traver: “I will pepper-spray you if you get out of hand.”

Crawford also pointed the stun gun at Traver’s head and said: “If that doesn’t quell you, this is a flashlight that turns into a stun gun.” Crawford then discharged the stun gun close to Traver’s face, the appeals court said.

The California bar is seeking to disbar Crawford over the incident, and he is currently ineligible to practice, the Recorder says.

The tossed suit had claimed a Chase Bank investment adviser had allowed Crawford’s mother to withdraw $200,000 from her account for an annuity without contacting Crawford, though the bank had been instructed to notify Crawford of large withdrawals by his mother. The bank rescinded the annuity, but Crawford claimed the bank did not reimburse $2,000 in lost interest, the appeals court said.

Earlier in the litigation, Chase lawyers had cited safety concerns when they objected to Crawford’s bid to hold depositions at Crawford’s home. The lawyers attached court papers Crawford had filed in another case against Chase referencing the Oklahoma City and Boston bombings.

Crawford wrote that victims of government abuse and unequal application of the law “do not, actually, detonate a bomb in retaliation to those abuses, but, generally, go home and kick the dog to death for barking or beat the crap out of some random person for cutting them off in traffic or shoot up the workplace for getting passed over for a promotion or burn their children with scalding hot water for spilling … a glass of milk, or, in other words, translate their frustrations of helplessness into committing a heinous act in apparent disproportion to the harm that befell upon them.”

Crawford then alleged that he was afraid for his own personal safety and walked out of a February 2014 deposition. The April 2014 deposition was scheduled after Chase filed a motion to compel.

When Chase sought terminating sanctions for the pepper-spray threat, Crawford submitted court papers referring to Chase Bank as “Heavenly Father” and Traver as “Heavenly Father’s only begotten son.” He also said the trial judge was “sick and demented” and said the requested sanction against him should be increased to death and $265 million.

The trial judge said Crawford’s actions were “the most outrageous behavior that I have ever heard of in my life by an attorney.”