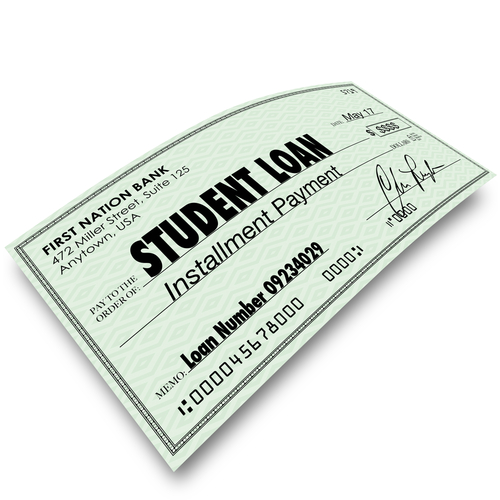 An Illinois lawyer who claimed his license suspension made it impossible to find appropriate work isn’t entitled to discharge student debt totaling more than $500,000, a Chicago federal judge has ruled.

Pallmeyer affirmed a bankruptcy court’s ruling against Rosen, who had paid only about $11,000 in student debt over 37 years. Rosen, 63, is a certified public accountant who has two master’s degrees along with a JD he earned in 2001. He was 50 when admitted to the Illinois bar in 2003.

Rosen had blamed his 82-year-old mother for the misappropriation, Pallmeyer said. He claimed his mother inadvertently used client funds to pay business expenses when she was working at his office. According to Rosen, his mother was embarrassed by the misstep and falsified bank statements to cover it up. Rosen says he unknowingly provided those bank statements to police and the hearing board considering the ethics case against him.

The hearing board instead blamed Rosen for the misappropriation, finding that he and his mother had “changed their stories so many times it is impossible to determine when, if ever, they are telling the truth.” Rosen had appealed the hearing board decision, which was ultimately affirmed despite a procedural error.

The Illinois Supreme Court imposed an interim license suspension in January 2015 and the minimum three-year suspension in September 2015. Rosen has not worked since his license was suspended. His only income is from Social Security payments amounting to $1,300 a month. His wife earns about $60,000 a year. The student loan is his only debt.

Pallmeyer said Rosen had valuable skills apart from his law license, and he had not shown that that he was unemployable. She also turned down his argument that he had made good faith efforts to repay his student debt, noting that he hadn’t prioritized loan payments even when he made an annual salary of $80,000 at a nonprofit.

“Rosen managed to avoid default on his student loans for 31 years because he attended school (and kept taking out more loans) nearly the entire time,” Pallmeyer said. “Even after graduating law school in 2001, Rosen kept his loans in deferment until 2007. This is not evidence of a good faith effort to pay.”

“In the end, the primary driver of any sympathy for Rosen’s current situation is the sheer magnitude of his student loan debt,” Pallmeyer said. “The fact that he may be unable, practically, ever to repay the loan in full does not, however, move the court. Rosen appears to believe that because the likelihood of paying off the entire loan within his lifetime is slim, he should not bother trying. … The court disagrees.”

Pallmeyer also affirmed a ruling that the bankruptcy court had no jurisdiction to hear Rosen’s claim that Illinois ethics authorities had denied him due process. Rosen had contended the issue was relevant to the bankruptcy proceeding to show that his predicament was not his own fault and he was entitled to discharge of the debt.

Pallmeyer rejected the argument. “Simply put,” Pallmeyer wrote, “United States Bankruptcy Courts are not in the business of issuing declaratory judgments on the constitutionality of state court attorney-discipline hearings.”