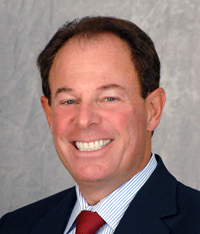 A prominent New Jersey lawyer who hosted a radio show and seminars on elder law has been charged with stealing about $1.9 million from six elderly clients.

Novy has been charged with misapplication of entrusted property, theft and money laundering. He is accused of stealing funds from elderly clients and deceased former clients who didn’t have a close relative to challenge Novy’s actions.

He gained control of the money through wills, powers of attorney and trust documents, prosecutors say. Novy is accused of charging unauthorized fees and laundering misappropriated money through his IOLTA account and other bank accounts.

Novy’s radio show, Inside the Law, focused on topics of concern to senior citizens, including estate planning, wills and powers of attorney. His last show was in June 2016. He was arrested in October.

Novy’s lawyer, Gerald Krovatin, told the Press that there was no wrongdoing. “Bob Novy went the extra mile for all of his clients,” Krovatin said. “Anyone who knows him knows he would never steal from them or take advantage of them.”