Lawyer who was apparently intoxicated at discipline hearing agrees to disbarment 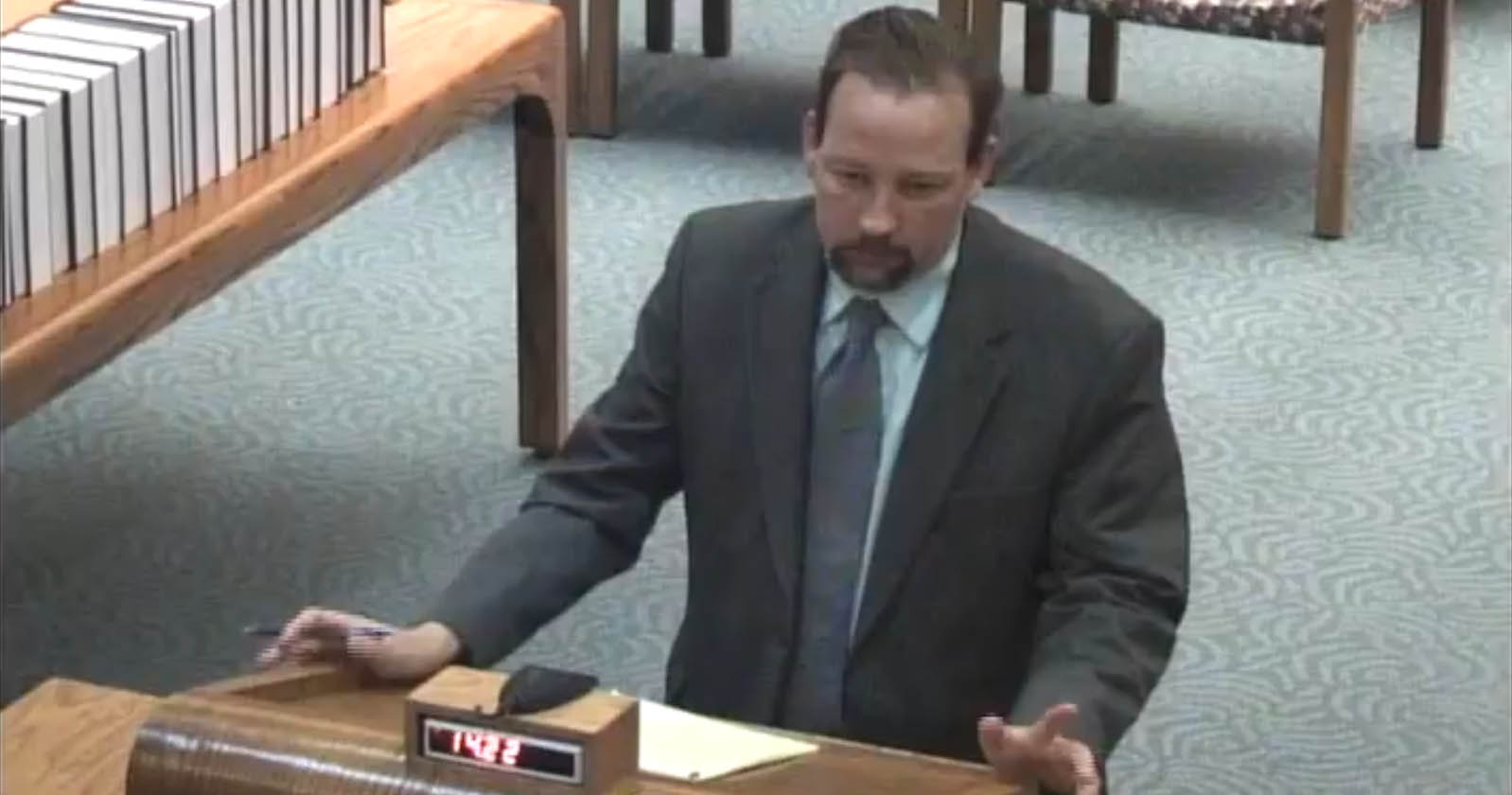 Screenshot of Justin Holstin from video of oral argument on the administrator’s motion for temporary suspension.

A Kansas lawyer who was asked to take blood alcohol tests during his disciplinary hearing has agreed to disbarment after the tests indicated he was intoxicated.

Holstin agreed to the test Feb. 8 when panel members at the disciplinary hearing became concerned that he might be under the influence of alcohol. Holstin took the test at 11:17 a.m. and again 16 minutes later. The first test found a blood alcohol level of .185, and the second indicated a level of .200.

After the hearing, deputy disciplinary administrator Kimberly Knoll sought a temporary suspension in oral arguments before the state high court, the Legal Profession Blog reported in a prior post. The oral argument can be viewed on a YouTube video uploaded March 6.

During the Kansas Supreme Court arguments, Holstin said he wasn’t refuting the test results. “It was a lack of judgment on my part,” he said. “The last few years have been rather difficult.”

Holstin told the justices that the alcohol in his system during the disciplinary hearing was from drinking the night before. He acknowledged telling the hearing panel a different story—that he last had a drink during the Super Bowl, four days before the hearing.

Holstin told the Kansas justices that he didn’t take the bar exam until nearly 10 years after graduating from law school, after his son was diagnosed with cancer. He had no health insurance and no job, so he decided to take the bar and start practicing law, Holstin said.

Holstin said he was planning to wind down his law practice and was looking for a job. He said he was treating his drinking through “abstinence.”

Holstin also declined to comment when contacted by the ABA Journal.