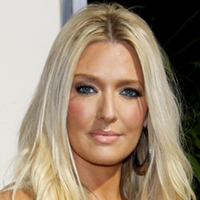 Plaintiffs suing Los Angeles lawyer Thomas Girardi will get access to documents showing his personal net worth after arguing he made his finances a matter of public interest through his wife’s star turn on The Real Housewives of Beverly Hills.

U.S. Magistrate Judge Frederick Mumm ruled Girardi will have to turn over the documents about his own and his law firm’s finances in a suit claiming he misappropriated more than $12.5 million in a Prempro settlement, the National Law Journal (sub. req.) reports.

Girardi’s wife is Erika Jayne, who appears on the Bravo reality TV show.

The plaintiffs are 28 women, or their heirs, who were among 110 plaintiffs represented by Girardi and his firm, Girardi Keese, in a suit claiming hormone replacement therapy caused their breast cancer. The 28 plaintiffs claim Girardi failed to disclose terms of the $17 million Prempro settlement and didn’t provide accounting records, according to the National Law Journal. They are seeking punitive damages on their claims for conversion and breach of fiduciary duty.

Mumm said in his April 1 order (PDF) that the information sought was relevant and unavailable from other sources, and any privacy objections may be assuaged by a protective order.

Girardi referred the National Law Journal’s request for comment to Girardi Keese partner James O’Callahan. He told the publication that the request for financial information is “the price you pay for success.”

O’Callahan said that documents already produced in the case show that each plaintiff has received her share of the settlement. Girardi Keese provided notarized releases and consent forms signed by the plaintiffs that show their allocations and how much was taken out for fees and costs. The firm also provided copies of the payment checks.