Lawyers are more liberal than general population, study finds; what about judges? 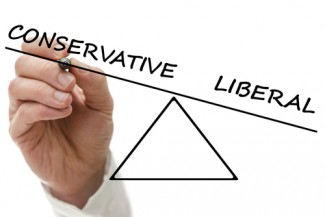 Law professors and lawyers are more liberal than the general population, while judges are more conservative than the average lawyer, according to a study of campaign contributions.

Study co-author Maya Sen, a Harvard government professor, says the findings suggest that courts are politicized, the New York Times reports. Judges’ ideology would reflect that of lawyers if voters and officials who appoint judges weren’t taking ideology into account, she says.

University of Chicago law professor Eric Posner suggests a different interpretation of the findings. The argument could be made, he tells the Times, that courts are politicized if they don’t track the ideology of the general population.

The study (PDF) by Sen and Stanford professor Adam Bonica compared lawyers listed in the 2012 Martindale-Hubbell legal directory with a database of campaign contributions from 1979 to 2012.

Among judges, the most conservative are on federal appeals courts followed by those on state higher courts, federal district courts and state trial courts.