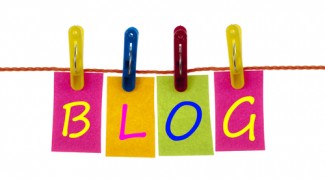 An Illinois patent lawyer accused of blogging with a reckless disregard for the truth is facing a proposed three-year suspension.

The hearing board of the Illinois Registration and Disciplinary Commission recommended the suspension for lawyer JoAnne Marie Denison because of her blog comments about judges and lawyers. The Legal Profession Blog links to the proposed suspension, filed Nov. 21, and summarizes the accusations.

According to the hearing board, Denison oversaw a blog about a probate matter in which she alleged corruption in the probate court, both generally and in the probate matter. Specific individuals were identified in a “table of torts,” which Denison described as “TEN PAGES of questionable behavior, corruption, misfeasance, malfeasance, perpetration of misdemeanors and felonies” in the case.

Denison’s blog had alleged a guardian was appointed for an elderly woman at the center of the case, though she did not need one, and the guardian had stolen from the woman and did not take proper care of her. The elderly woman, the blog alleged, had been “fleeced out of her home,” and “court-connected lawyers” were added to the case to “churn the feeding frenzy.”

Denison began blogging after a judge refused her application to represent the elderly woman’s daughter.

A disclaimer on the blog warned that “portions of this blog have to be entertaining so we can get the word out” and readers should do their own investigation of the facts.

The hearing board found that there was no rational basis to support Denison’s allegations about improprieties. In reality, the board said, the lawyers working on the case were not compensated for the vast majority of their work. Despite the disclaimer, other blog sections suggested the unfounded allegations were true, the board said.

In mitigation, the hearing board said Denison “genuinely, though unreasonably, believed something was wrong with the proceedings” in the probate matter and had a “sincere desire” to help the elderly woman.

“From our perspective,” the hearing board said, “it appears respondent has genuine concern for senior citizens and perceives the senior population as vulnerable, especially to financial exploitation. This concern, as a general matter, is a legitimate one, even though respondent had no reasonable basis for believing the judges or attorneys in [the specific] case were corrupt.”

In aggravation, the hearing board cited Denison’s “tendency to inappropriately personalize matters. This tendency was apparent in conduct by Respondent which included filing multiple lawsuits, which had been dismissed, against the attorneys in the [probate] matter.”