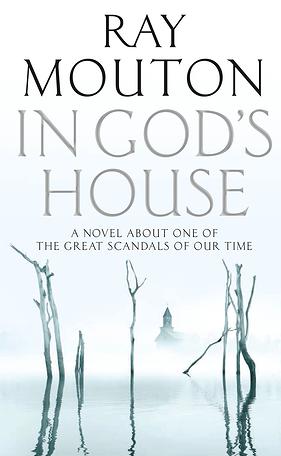 Mouton’s life changed after he defended an accused pedophile priest, the Rev. Gilbert Gauthe, the Opelousas, La., Daily World reports in a story published by USA Today. As a result of the case, Mouton “became a wanderer who watched his home, his family and his law practice fade away in an alcoholic haze,” the story says. He says he lost his faith and everything he held dear.

Now he is an author whose new book, In God’s House, mirrors “reality so closely that Gauthe almost leers from its pages,” the story says.

Gauthe was the first Catholic priest in the United States to face indictment for multiple cases of child molestation, the story says. He was charged after victims’ parents filed several suits against the Diocese of Lafayette in 1984.

Mouton, a criminal-defense and personal-injury lawyer who had obtained a couple big verdicts, says he agreed to represent the priest “out of vanity and greed.”

“I knew it would be a high-profile case and I knew the church had unlimited funds to defend it,” he told the Daily World.

As the case progressed, the list of victims grew and Mouton found evidence of seven pedophile priests in the Lafayette Diocese, the story says. It turned out that Gauthe’s supervisor, who is no longer living, had heard complaints about the priest, but he responded by moving Gauthe from one location to another, the story reports.

Mouton’s family received threats and he began drinking. He worked without sleep. Gauthe was eventually sentenced to 20 years in a plea bargain that called for psychiatric treatment.

After the suits were resolved, Mouton joined with two other priests to write a report about widespread pedophilia in the U.S. church. They warned that the problems could cost the church $1 billion. But Mouton says church leaders turned their back on the report.

Mouton went to Europe and quit drinking in 1987. He wrote a book about running with the bulls in Pamplona and has now published In God’s House, about a Louisiana lawyer who defends a pedophile priest.

“This is a work of fiction, but, obviously, it wouldn’t be the same if I hadn’t lived through what I did,” Mouton told the Daily World. “It’s dedicated to the victims, children around the world who are survivors of clergy abuse and those who did not survive.”