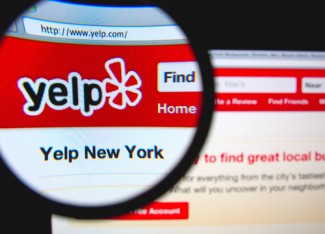 Updated: The response was swift after a man named as a New York lawyer was caught on video ranting about Spanish-speaking restaurant employees—and threatening to call U.S. Immigration and Customs Enforcement "to have each one of them kicked out of my country."

After the man was named on Twitter and the news media as lawyer Aaron Schlossberg, his firm’s Yelp listing was flooded with negative reviews, according to CNBC in a report published by USA Today. Yelp took down the reviews and posted a notice saying it removes both positive and negative posts that appear motivated more by news coverage than personal consumer experiences.

Some people also altered web pages for the man’s firm to list it under the “Mexican restaurant” category, Fast Company reports. Someone also changed a firm photo to show a dog being hit with a Frisbee.

The Washington Post and the New York Times did not name the man after being unable to contact him for comment. Some publications, including CNBC and Pix11, named Schlossberg, who according to his law firm bio is fluent in Spanish.

The visibly annoyed man on the video says employees at a midtown Manhattan eatery are “speaking Spanish to customers when they should be speaking English” and, “it’s America.” He goes on to say that he suspects the employees are in the country illegally, and his next call will be to ICE.

Shaun King, a columnist with the online news site The Intercept, asked his nearly 1 million Twitter followers to help identify the man in the video, according to Pix11. King said he was able to identify Schlossberg with the help of seven of Schlossberg’s former classmates from Johns Hopkins University and George Washington University Law School.

Two Democrats, Bronx Borough President Ruben Diaz Jr. and U.S. Rep. Adriano Espaillat of New York, have filed a formal complaint against Schlossberg with the state attorney discipline system, report the Washington Post and Law360. A press release and copy of their letter is here.

Diaz told the Post that he believed Schlossberg should be suspended or disbarred. “This guy should know better. When you’re an attorney, you’re telling your clients what you should say and how you should conduct yourself,” he said. “Where in the Constitution or the law does it say that in a public place that you can’t use another language other than English?”

The New York Daily News was waiting for Schlossberg when he emerged from his Manhattan apartment Thursday. He didn’t comment, but called police to say he was being harassed and defamed by the reporter and photographer.

Story updated on May 18 to report on the disciplinary complaint .