Lawyers from less privileged backgrounds tell their stories at #mypathtolaw 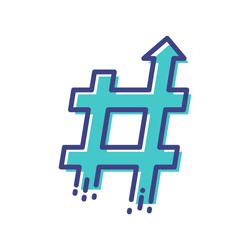 A law lecturer at Exeter University in England who was the first member of his family to attend college sought out stories from other lawyers who came from less privileged backgrounds through a hashtag he created.

Matthew Channon created #mypathtolaw, the Guardian reports. Among the stories from lawyers were of difficult childhoods, working multiple jobs and single parenthood.

One lawyer who shared his story, Kaweh Beheshtizadeh, fled to the United Kingdom from Iran in 2004. He wanted to study law because of his admiration for a legal aid lawyer who helped in his asylum case.

Beheshtizadeh enrolled for a law degree at London Metropolitan University, taping his lectures and listening to them again at home. The English language was a problem, however.

“I only had a small, basic dictionary and it took six weeks for me to understand the difference between murder and manslaughter because the dictionary defined both as killing,” he told the Guardian. The first two years were difficult, but the third year he “nailed it.”

Beheshtizadeh was unable to find a pupillage to become a barrister, and got a job instead as a caseworker in a firm of solicitors. He qualified as a solicitor in 2016. Last year, he won Immigration and Asylum Legal Aid Lawyer of the Year.

1- An asylum seeker in 2004. Couldn’t speak English. Inspired to become a lawyer to assist other asylum seekers. Couldn’t understand my lecturers for the first two years of my degree & always had a dictionary with me. Did BPTC course. Failed to secure pupillage #mypathtolaw