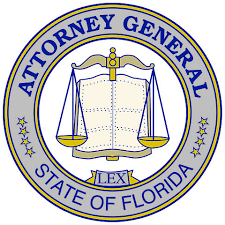 Two Florida men have been arrested for allegedly representing homeowners in phony law firms that recruited lawyers on Craigslist and used them as unwitting “front men.”

Police have charged Joseph Anton Hilton, 56, also known as Joseph Starr, and Adam Forman, 46, both of Parkland, with practicing law without a license, the Sun-Sentinel reports in a story noted by Bloomberg Big Law Business.

The Florida Attorney General’s office is seeking an injunction to prevent the men from posing as lawyers to provide legal foreclosure defense and loan modification services, according to a press release.

Hilton and Forman ran the Asset Protection Law Firm and other phony law firms, using names and bar numbers from the lawyers it recruited for legal filings and documents, according to the deceptive practices complaint (PDF) filed Aug. 18 by Florida Attorney General Pam Bondi.

The lawyers “were unknowingly and unwittingly utilized as the ‘front men’ for the fake law firms,” according to Bondi’s complaint. “The homeowner clients believed these licensed attorneys were representing them when, in fact, the attorneys had absolutely no idea the clients even existed.”

The lawyers recruited via Craigslist are told the law firm drafts all pleadings using form templates, does all the electronic filing, and has all the client contact, according to Bondi’s complaint. The lawyers’ names and bar numbers are used without their authorization on retainer agreements, letterhead, pleadings, corporate filings and boilerplate pleadings, the complaint says.

“When the contract attorney realizes something is amiss,” the complaint says, “the enterprise quickly moves on to the next unsuspecting and often brand-new lawyer.”

Consumers who hired the firms were told to stop making mortgage payments and to pay the law firm instead. Rather than protecting consumers, the law firms did no more than send “meaningless paperwork” to lenders and file “boilerplate pleadings … that do not obtain any meaningful results,” the complaint says.

The Attorney General’s office says it received 37 complaints from consumers about the legal representation.