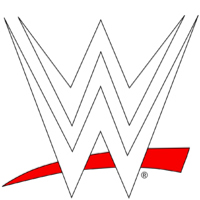 Bryant said there was insufficient evidence linking the deaths of wrestlers Nelson Frazier and Matthew Osborne to negligence by WWE. A class action suit filed by lawyer Konstantine Kyros on behalf of more than 50 former wrestlers is pending, though the WWE is also seeking its dismissal, the Stamford Advocate and the Boston Globe report. One other wrestling concussion suit is also pending.

Bryant was particularly critical of Kyros’ actions, though she did not sanction him for his actions in the Osborne case. “The court observes that there often exists a fine line between bad faith, willful misconduct and overly zealous advocacy,” Bryant wrote in her Nov. 10 decision. “At this stage of the litigation, it is difficult to determine on which side of the divide Kyros’ actions fall.”

Bryant said WWE had provided examples of Kyros’ habit of using “deceptive and inflammatory rhetoric” in court filings, but she concluded the issue didn’t merit expenditure of judicial resources for the purpose of imposing a sanction. WWE had also alleged Kyros tried to evade contractual forum-selection clauses, but Bryant said there was no need for a sanction because Kyros and co-counsel “have finally given up on their obvious and unsupportable attempts to circumvent the jurisdiction of this court.”

Bryant also said that Kyros and his co-counsel had failed to follow her instructions to remove paragraphs in the complaint that had little relevance to the cause of action. “Their failure to do so forced the court to needlessly expend resources combing through hundreds of paragraphs of allegations, to find a single shred of relevant factual content indicating whether plaintiffs asserted a plausible claim,” Bryant said. “In doing so, however, the plaintiffs only further underlined for the court the lack of substantive factual content actually contained in these complaints.”

Bryant said it is “perhaps a close question” but no sanction was merited for disregarding her instructions.

Two other motions seeking sanctions against plaintiffs’ lawyers in the litigation are pending, according to K&L Gates partner Jerry McDevitt, who represents WWE. One of them, filed in the class action suit, had claimed the complaint “blatantly and shamelessly” plagiarized allegations in a suit against the National Football League, resulting in inaccuracies.

Kyros told the Connecticut Law Tribune that there may be an appeal of the judge’s dismissal of the two cases. “The ruling ignores that the deaths of Nelson Frazier and Matthew Osborne were consequences of an abusive and exploitative culture within the WWE that showed, and is still showing, no regard for its wrestlers’ health,” Kyros said.

Corrected at noon to state that the sanctions motion alleging plagiarism of a suit against the NFL is still pending.