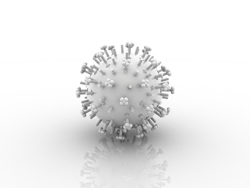 An Oregon jury was apparently unimpressed with a defense lawyer’s inference that a woman suing over a herpes infection was money hungry.

Last week Multnomah County jurors ordered a retired dentist to pay the woman $900,000, the Oregonian reports. The Beaverton woman, who filed suit under a pseudonym, was a 49-year-old divorcee who worked as a dental hygienist when she met the 69-year-old retired Portland dentist on an Internet dating website. The couple had sex on their fourth date and she ended up with herpes.

The woman had testified that she asked the man to wear a condom and he agreed. She said she discovered he had removed it when it was too late. Since then, she has had repeated and painful herpes outbreaks leading to anxiety and depression.

The defendant’s lawyer, Shawn Lillegren, argued the plaintiff had lied about her sexual history and may have contracted the infection from other men, the story says. He argued the plaintiff should have known she was at risk for a sexually transmitted disease. “Grow up. Come on. You’re an adult. He’s an adult. They had sex,” Lillegren said. “The point is she is not some little innocent victim.”

Lillegran also questioned the woman’s money motives and apparently referenced the McDonald’s spilled coffee verdict. “Go for a million—that’s plaintiff’s message,” Lillegren said. “God bless America. Go for it. Got some coffee to spill on me?”