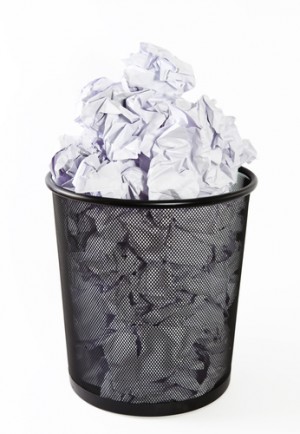 A lawyer’s “tale of apparent injustice” in an appellate brief contained only one sentence worthy of consideration, and it wasn’t enough to keep the case from being tossed out, according to a federal appeals court.

The Denver-based 10th U.S. Circuit Court of Appeals on Thursday affirmed dismissal of the suit filed by a Denver police officer, Ricky Nixon, who was fighting to keep his job. Nixon was represented by lawyer John McKendree of Thornton, Colorado, court records indicate. How Appealing links to the decision (PDF).

“The first task of an appellant is to explain to us why the district court’s decision was wrong,” the 10th Circuit said. “Recitation of a tale of apparent injustice may assist in that task, but it cannot substitute for legal argument.”

Nixon had sued the city of Denver and a public safety manager who sought to fire him, claiming the city had retaliated against him for his comments before a civil service commission concerning a rule change. He also alleged he was not provided with adequate procedural due process. The district court dismissed both claims and Nixon appealed.

According to the appeals court, “counsel utterly fails” to explain what was wrong with the district court’s reasoning and argued against positions not adopted by the district court. “As a result, we address only one sentence of the opening brief on its merits before affirming the judgment below.”

The one sentence considered by the court read: “The nexus in time between [Nixon’s] testimony and media time between [Nixon’s] testimony and media statements before the Civil Services Commission and the continuing [City] prosecution, attempting to support their unconstitutional actions against [Nixon] in their [state-court] action demonstrates [the City’s] retaliation against [Nixon] for exercising his First Amendment rights by speaking in a public forum.”

The appeals court described the sentence as failing “to satisfy minimal standards for intelligibility” but said it raises an interesting contention: that the city of Denver would not have pursued Nixon’s dismissal if he had not made the statement opposing the rule change. “But this is implausible absent additional evidence of motive,” the appeals court said, noting that the city had sought to fire Nixon before his statement.

In an emailed statement, McKendree told the ABA Journal, “We respectfully disagree with the court’s decision and will be meeting with our client next week concerning it.”

“It is always disappointing to note that the arguments one has advanced to the court are not only not accepted, but one is criticized,” McKendree said. He said his client believed he had established his case along with the constitutional foundation for his claims.