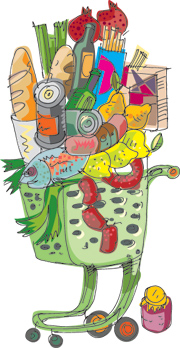 More than a dozen lawyers who won settlements in suits against tobacco companies a decade ago have turned their focus to food companies and labeling.

• A suit by Mississippi lawyer Don Barrett contends yogurt maker Chobani shouldn’t disguise sugar by labeling it “evaporated cane juice.” Chobani calls the suit frivolous. Barrett says damages, which are based on sales, could amount to billions of dollars.

• A suit against ConAgra takes issue with its labeling of Pam cooking spray. One of the plaintiffs, Christine Sturges, tells the Times she didn’t realize its “propellant” was made with petroleum gas, propane and butane. “I’d been spraying that on muffin tins to make muffins for my grandchildren, she says. The suit also claims the company improperly labels Swiss Miss cocoa and some Hunt’s canned tomatoes.