Lawyers will have to cut 1,000 words from their arguments in federal appeals briefs 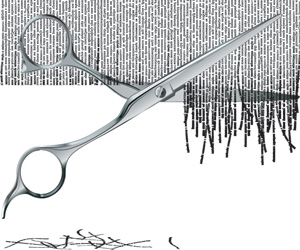 Updated and corrected: A proposal to trim the maximum word limit in federal appeals briefs by 1,500 words brought such an outcry that the word reduction was trimmed back.

The current limit is 14,000 words, but that will change beginning on Dec. 1, the New York Times DealBook blog reports. The new limit is 13,000 words, a cut of 1,000 words, according to How Appealing and David Sellers, a public affairs officer for the for the Administrative Office of the U.S. Courts.

Lawyers opposing the 1,500-word reduction had argued that legal issues and statutes are increasingly complex, requiring extra space for arguments. But some appeals judges say briefs are needlessly lengthy and are too long to be persuasive.

The DealBook article says the average appeals judge may need to read filings for about 1,200 cases a year. The opening brief, opposition brief and reply brief would contain about 35,000 words, meaning the average judge would read about 42 million words a year.

Updated at 12:40 p.m. to report that How Appealing and a court spokesperson says the word cut is 1,000 words, not 500 words as first reported by the Times.