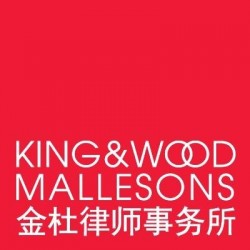 Updated: The European arm of King & Wood Mallesons has filed for administration, an insolvency procedure that marks the formal dissolution of the troubled law firm.

KWM Europe is the largest ever law firm to collapse in the United Kingdom, Legal Week reports in a story published by the American Lawyer (sub. req.).

The legal filing follows unsuccessful attempts to find a merger partner and European partners’ rejection of a bailout plan. The plan would have required the European partners to contribute more money to the firm in conjunction with bailouts from the firm’s Asian offices.

Staffers, who received no paycheck for the last two weeks, were informed of the development in an email. “I am very sorry that it has finally come to this,” said KWM European managing partner Tim Bednall in the email.

Several law firms picked up KWM partners in advance of the legal filing. They include Reed Smith, which has added nine partners; DLA Piper, which added eight partners; and Goodwin Procter and Greenberg Traurig, which each added six partners.

Still surviving is China-led KWM Global, which announced a day after the administration filing that it will “maintain a strategic presence in the U.K., Europe and the Middle East” with offices staffed by 30 partners, report Lawyers Weekly, Legal Business and the Legal Cheek blog.

The newly established firm will focus on corporate mergers and acquisitions, finance, competition and dispute resolution.

The American Lawyer examined the “unraveling” of the law firm’s European arm in a December story (sub. req.). According to the story, KWM Europe been blighted “by serious inadequacies of governance and management, major succession issues, greed on the part of certain powerful senior partners, a startling lack of strategic direction and a chronic shortage of partner capital.”

King & Wood Mallesons had joined with SJ Berwin about three years ago. SJ Berwin, which was known for its private equity and real-estate work, was hit hard by the financial downturn in 2008. One former partner told the American Lawyer that SJ Berwin was “massively undercapitalized.” The article also quotes a partner who said King & Wood Mallesons “got sold a bum deal.”

Updated on Jan. 18 to report on plans by KWM Global.