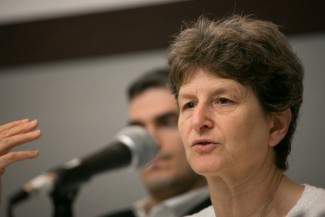 It’s easy to become so overwhelmed by the deluge of available data that information impedes rather than enhances legal representation.

That doesn’t have to be the case. According to a panel of lawyers and legal hackers during a Saturday session at the ABA Annual Meeting entitled “Cracking the Code: Everything You Wanted to Know About Coding, Open Data & More But Were Afraid to Ask,” coding and programming can be utilized to create or improve tools, programs and applications that provide valuable services to people in need of legal help.

The panel, which was sponsored by the ABA Journal and served as a coda to the recent “Hackcess to Justice” legal hackathon, provided a platform for the panelists to explain how they had embraced legal hacking in order to address problems or deficiencies they had experienced. The panel consisted of Georgetown University Law Center professor Tanina Rostain, general counsel of the Council of the District of Columbia David Zvenyach, director of industry relations at Avvo Inc. Dan Lear, and juvenile justice policy director at Advocates for Children and Youth in Baltimore Jason Tashea. Zvenyach and Rostain both competed in the “Hackcess to Justice” hackathon, with Zvenyach’s team winning third prize.

Rostain’s goal is to improve legal education while providing legal tools that benefit the general population. She started a class at Georgetown Law where students create apps that function as legal expert systems. Instead of studying case law and taking a final exam, students learn actual laws and regulations and apply that knowledge in order to create a product that can help people with their legal needs. Among the legal tools developed in Rostain’s class are self-help apps for people to calculate earned sick time or learn about unemployment benefits; apps to assist nonlawyer volunteers like social workers; triage and intake assessment systems; and programs to help decision-makers do their jobs better. Rostain singled out one particular student project, MIDAS (Military Impact of Discharge Assessment System), which addresses the high rate of inaccurate benefits processing at the U.S. Department of Veterans Affairs.

“Instead of doing what you do in every other law school class, [my class] allows students to build something,” Rostain said. “They learn to think differently as a lawyer. Building apps forces them to learn about regulations and the law, but they’re learning to build legal expert systems. More and more clients are asking lawyers to build systems rather than address questions one-on-one.” 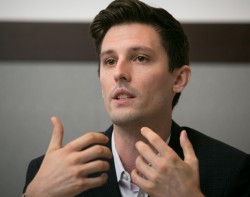 A lack of accessibility and adequate resources inspired Tashea. He explained that he was inspired to create ExpungeMaryland.org because of the difficulty he experienced in finding accurate or engaging resources online about expunging juvenile convictions in his state. “The top result on Google was a 20-page PDF document,” Tashea said. “If you don’t have a law degree, the last thing you want to do is read that thing.” He said other resources he found provided inaccurate information or lacked relevant contact information. With a partner, he created his website in order to explain the process in plain English as well as engage with users by asking them several questions in order to determine whether their convictions could be expunged. 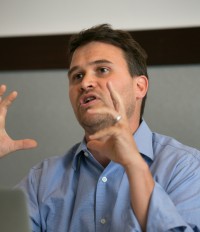 A different type of criminal justice issue drove Lear to work on ReEntryApp. Lear said he attended his very first hackathon in February after ReInvent Law NYC and was inspired after hearing U.S. District Court Judge Ann Aiken of the District Court of Oregon speak about her Reentry Court, a pilot program designed to decrease recidivism by drug offenders. Lear set about trying to create an app that would help program participants stay in contact with their probation officers and sponsors, as well as provide resources and information for job training. Lear noted that there will be a class at the Massachusetts Institute of Technology on legal hacking, and that his app will be one of the things students work on. “Legal hacking requires a higher understanding of how legal systems work and how they function,” Lear said. “It’s also an incredible opportunity to provide services to people that maybe most lawyers wouldn’t want to work on.” 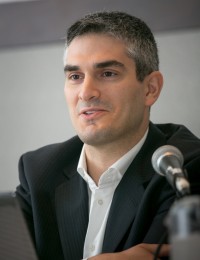 Zvenyach spoke about how legal hacking has been enhanced by the move toward open data by government agencies. He spoke of his own experience in opening up the Washington D.C. code to the general public and ran through several other websites and apps that utilize open data to improve access to law and the practice of law. “One of my tasks is to keep track of when laws become effective in D.C.,” said Zvenyach, who taught himself to code two years ago. “But that can be fairly complicated.” He noted that laws generally become effective 30 days after they’re signed by the mayor, but that excludes weekends, holidays, and certain periods when the House and Senate are in recess. By utilizing open data, however, he created an app that calculates the time and determines when a law goes into effect.

The panelists agreed that the future for legal hacking was bright, and they were optimistic about the possibilities for technology to increase access to justice. “I’m excited about legal service providers and organizations like Legal Aid that work with indigent populations,” Zvenyach said. “This seems a very fertile ground for innovation. For instance, they still rely on pen and paper for a lot of work. The technology here is poor, and this is not how we should be doing modern-day litigation.”