Want a .law domain? File your 'expression of interest' 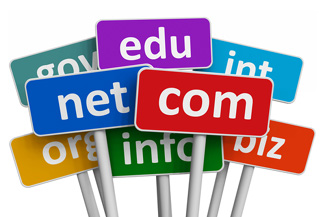 A CEO overseeing the distribution of the new .law domain is getting the word out to lawyers and marketers who may be interested in registering for names such as chicagoprobate.law or denveraccidentlawyer.law.

Lou Andreozzi, CEO of the .law division of Minds + Machines, appeared this week to talk about the domain application process at the Legal Marketing Association annual meeting in San Diego. Next he heads to an event in Las Vegas for plaintiffs lawyers called Mass Torts Made Perfect.

“We’re trying to get the message out,” Andreozzi tells the ABA Journal.

Minds + Machines has the exclusive license to operate the new .law domain from the Internet Corporation for Assigned Names and Numbers, according to previous coverage by LawSites by Robert Ambrogi.

Minds + Machines said in a press release that it was partnering with the Legal Marketing Association to allow its members to submit an expression of early interest in .law domain names.

But that doesn’t mean others can’t submit their own expressions of interest, Andreozzi says.   Those who submit an expression of interest aren’t obligated to buy the domain, but they will be allowed to purchase it when .law becomes generally available, if no one else expresses an interest. When more than one person is interested, an auction is held. Andreozzi says the date of general availability will probably be Sept. 1.

Standard names such as johnsmith.law will cost $200, while premium names such as ohiodivorce.law will start at $500. The cost will be based on factors such as the number of characters, and the value of certain practice areas.

Anyone who applies for a .law domain will have to certify that he or she is a lawyer and submit to a verification process. Lawyers can apply on behalf of themselves, their law firms and their companies.

Andreozzi is a former chairman of Bloomberg Law and former CEO of LexisNexis North American Legal Markets, Martindale-Hubbell and lawyers.com. He tells the ABA Journal his company wants to avoid the situation that happened with dot-com domains, where savvy applicants bought up the best URLs. “We want [the domains] to get in the hands of people who will use them,” he says.

Other new domains of interest to lawyers will also become available, according to the LawSites story. They include .attorney, .esq and .lawyer.