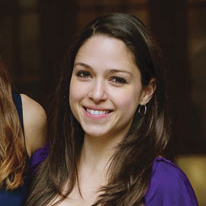 New research confirms what many had suspected: women and minority founders are underrepresented in legal technology.

The new numbers show that women and people of color make up 13.6 percent and 26.5 percent of legal tech company founders, respectively. According to the most recent U.S. Census, women make up 50.8 percent of the U.S. and the minority population—that is everyone who does not identify as white alone, including Hispanic or Latino people—is 38.7 percent.

“I was definitely surprised,” says Kristen Sonday, co-founder and COO of Paladin—a pro bono management platform—and author of the report. “I didn’t realize we were this underrepresented.” Sonday was profiled as a Legal Rebel along with her Paladin co-founder, Felicity Conrad, in 2017.

Before undertaking this research, Sonday, who is Latina, says she anecdotally saw a lack of diversity in legal technology since starting Paladin and believes her gender more than her ethnicity has made it harder to raise money and negotiate contracts—experiences supported by other surveys. Paladin raised over $1 million during its seed round, according to Sonday.

Beyond Paladin, Sonday felt that too few legal technology companies were tackling access-to-justice problems. The lack of leadership diversity might be a cause, she thinks.

“Because the justice gap disproportionately affects women, immigrants, minorities,” Sonday feels strongly that “those groups should have influence into the tech solutions that we are building and have their voices heard because they are so close to these issues.”

During a time of legal technology proliferation, the access-to-justice gap has grown, according to the Legal Services Corp. The 2017 Justice Gap Report from LSC found that “86 percent of the civil legal problems reported by low-income Americans received inadequate or no legal help.” This is up from 80 percent in 2005.

Sonday’s report looked at 269 operational legal technology companies and 478 founders. Black and Latino founders made up an anemic 2.3 percent and 3.1 percent, respectively. Asian, Indian and Middle Eastern founders made up a collective 21.1 percent.

A breakout group of what the report called “ATJ-related tech companies” that focus on access-to-justice issues, had a higher proportion of diverse founders at 44 percent. However, these companies only make up nine percent of the total universe of analyzed companies when immigration-focused businesses are included. Without this addition, the total of access to justice focused companies, according to the report, is 4.5 percent.

The dataset used in this report was not public at the time of publication. However, Sonday said she would release a version of the data after speaking with her partners.

Believing that entrepreneurs are more likely to tackle problems they have experienced, Sonday argues that the lack of diversity in founders means access-to-justice problems remain largely an afterthought or a marketing ploy. Her research found that nearly half of legal technology companies focus on practice management (23 percent), lawyer-client marketplaces (8 percent), litigation support (8 percent), and e-discovery (7 percent).

The lack of focus on access to justice and diversity in leadership can create problems and biases in a product’s outcome.

“Nondiverse teams designing [access-to-justice] tech solutions for communities comprised overwhelmingly of poor people of color will inevitably be highly susceptible to a myriad of design bias throughout the development and launch phase,” writes Miguel Willis, program director for the Access to Justice Technology Fellows Program and cited in the report.

This reflects ongoing debates in the broader technology industry regarding design bias in various technologies, including artificial intelligence, facial recognition and even public safety apps.

Sonday did not supply an example of this bias in legal technology, saying the bias is often not explicit and therefore hard to pinpoint.

The lack of access-to-justice-focused businesses is not a diversity problem alone. Sonday says that a lack of funding and the challenges in creating a sustainable business model, among other issues, make it hard for founders to chase access-to-justice solutions.

In Sonday’s view, improving minority representation in legal technology is a pipeline issue. She says to overcome this dearth of diversity, there needs to be accelerators and mentorship opportunities and increased collaboration with institutions to promote minority founders and potential entrepreneurs.

“It’s important that we change the narrative about what the face of a successful entrepreneur looks like,” she says.

This research was compiled through Stanford CodeX’s Techindex, AngelList, Evolve the Law and the Legal Tech Startups list curated at the LawSites blog. The companies analyzed were operational, U.S.-based, legal-specific companies that were not law firms and had not yet been acquired. Founders were identified through various sources.

Sonday’s work is ongoing, and she expects to release new data on gender, race and fundraising by legal technology companies in the future.