Gun control debate revived in wake of congressman being shot 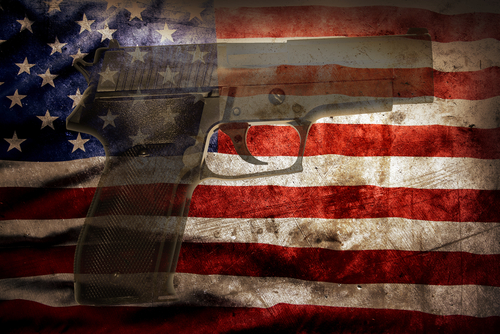 In the wake of Wednesday morning’s shooting of Louisiana Republican Congressman Steve Scalise, fellow GOP members argue that if victims had carried firearms then they could have defended themselves.

Gun control initiatives at the federal level have been so stymied by special interests in recent years that Democrats in Congress remained largely mute, the New York Times reports.

“Had there not been a member of House leadership present, there would have been no police present, and it would have become the largest act of political terrorism in years, if not ever,” said Rep. Tom Garrett, R-Va., who has introduced legislation that would permit citizens to carry firearms in Washington, D.C., noting that it “would allow the most law-abiding among us to defend themselves.”

That response, and others like it, indicate how the gun debate has changed. Republican Congressional members have become more conservative and from outside urban areas, and few of them dare support gun-control measures.

Republicans in right-wing districts have greater fear of primary challengers who are ultra-conservative more than they do of Democrats in general elections, and the power of special interest groups is strong, says Rep. Steve Cohen, D-Tenn.

“They have an N.R.A. rating they want to keep,” Cohen said.

The Times notes a “striking departure from recent political history,” as gun-control battles have become more partisan than regional-based. Republican majorities in Congress have turned back significant gun-control efforts, including recent attempts to bar gun sales to people on the federal terrorism watch list and to close background-check loopholes.

Rep. Mo Brooks, R-Ala., reiterated his strong views against gun control after helping apply a tourniquet to Scalise, who was wounded on a baseball field as Republicans practiced for their annual game against Democrats.

“As with any constitutional provision in the Bill of Rights, there are adverse aspects to each of those rights that we enjoy as people,” says Brooks. “And what we just saw here is one of the bad side effects of someone not exercising those rights properly.”

Previous:
Oregon judge admits to mistakes, but not marrying same-sex couples isn't one of them