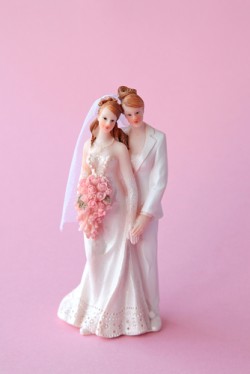 Texas couple Carolyn Compton and Page Price can no longer live together because of a morality clause in the 2011 divorce papers Compton signed.

A Collin County, Texas judge gave Price 30 days to move out of the home she shares with Compton and her two daughters, ages 10 and 13, after Compton’s ex-husband requested the enforcement of a clause prohibiting an unmarried parent from having a romantic partner stay in the home overnight while the children are in that parent’s care, the Dallas Morning News (sub. req.) reports. The clause, which aims to protect children from exposure to such relationships as their parents go through a divorce is common in Texas and other states. In the case of the Comptons’ divorce, it was also added to their final divorce decree.

Compton and Page say they are the targets of discrimination as same-sex marriage is not recognized in Texas. They are considering whether to appeal the decision, the Dallas Morning News reports. They also added in a statement (PDF) that the clause is “is a burden on parents, regardless of their sexual orientation, that takes away and unreasonably limits their ability to make parental decisions of whom their children may be around and unreasonably limits what the United States Supreme Court has identified as the liberty of thought, belief and expression.”

Compton filed for divorce from Joshua Compton in 2010 after 11 years of marriage. She also filed for a protective order from her estranged ex-husband citing “sporadic and threatening behavior,” the Dallas Morning News reported. Joshua Compton’s attorney Paul Key said his client denied the allegations, according to the report.

Updated May 24 to include link to Compton and Page’s statement.