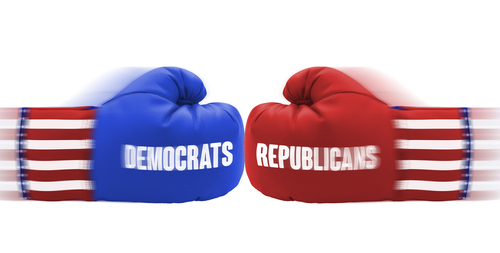 The 53 Republicans in the Senate sent an unusual letter to the U.S. Supreme Court clerk on Thursday that criticizes five Democratic senators for filing an amicus brief that refers to attempts to expand the size of the court.

The letter, drafted by Senate Majority Leader Mitch McConnell of Kentucky, says the Democratic brief “openly threatened this court with political retribution” if it failed to dismiss a pending Second Amendment case as moot. The Washington Post, Politico and CNBC have coverage; How Appealing links to additional stories; a press release is here.

The letter refers to a section in the Aug. 12 Democratic brief that reads: “The Supreme Court is not well. And the people know it. Perhaps the court can heal itself before the public demands it be ‘restructured in order to reduce the influence of politics.’ ”

The Republicans saw that warning as a threat. “The implication is as plain as day: Dismiss this case, or we’ll pack the court,” the letter said.

The Republicans say that as long as they are in the Senate, the Supreme Court will remain a nine-member institution. And they say the Supreme Court’s justices “must not be cowed by the threats of opportunistic politicians.”

The Second Amendment case at the center of the controversy is New York State Rifle & Pistol Association v. City of New York. It challenges regulations that had barred New York City residents from transporting handguns beyond city limits.

After the Supreme Court accepted the case, the rules were revised to allow licensed gun owners to transport their guns to second homes and shooting ranges outside New York City.

The Democratic amicus brief argued the Supreme Court should dismiss the case as moot. To rule when there is no longer a legal controversy would fail to stem the growing public belief that the court’s decisions are motivated by politics, the Democratic brief says.

The Democratic brief says the parent organization of the petitioners in the case is the National Rifle Association, which promoted the nomination of Supreme Court Justice Brett M. Kavanaugh to break tie votes in Second Amendment cases.

The Democratic senators who submitted the amicus brief are Sheldon Whitehouse of Rhode Island, Mazie Hirono of Hawaii, Richard Blumenthal of Connecticut, Richard Durbin of Illinois and Kirsten Gillibrand of New York. Whitehouse is the counsel of record on the brief.

Whitehouse said in a statement Thursday that the brief was intended to warn the court about public perception. “The response to our brief from Republicans and the partisan donor interests driving the court’s polarization shows exactly why it’s time to speak out,” Whitehouse said. “They want us to shut up about their capture of the court; we will not.”