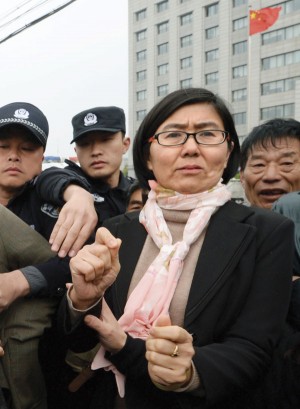 Prominent lawyers and former judges joined with presidents of international bar associations in condemning in a Monday letter the recent arrests of Chinese lawyers and associates.

“You have repeatedly stated that ‘China is a country ruled by law,’ ” says the letter to Chinese president, Xi Jinping, which is published in the Guardian. “Yet the events just described appear entirely contrary to those commitments.”

President Paulette Brown told the New York Times (reg. req.) via email that the American Bar Association also is “concerned about the situation and its implications.”