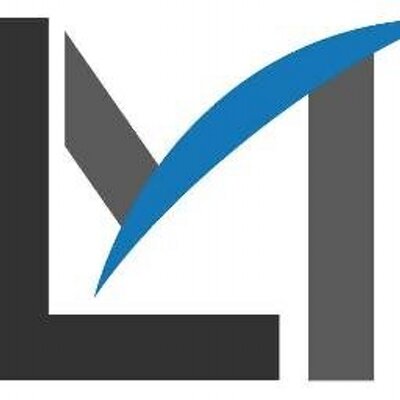 Law analytics platform Lex Machina has expanded its coverage to include commercial litigation. On Tuesday, the company announced that it has added more than 62,000 commercial cases filed since 2009, many in the realm of federal contract claims and business torts. The commercial module will allow users to forecast how much time it would take for a commercial case to be resolved, said Lex Machina general counsel Owen Byrd, as well as project the kinds of damages a user might be facing.

“This is our moment to move outside specialty practices into the larger area of the law,” Byrd said in a webinar that demonstrated the module. Lex Machina began as a 2006 Stanford University intellectual property clearinghouse, and grew as a company to include securities and antitrust cases. Since 2015, it has operated as a unit of LexisNexis.

The Lex Machina analytics tool categorizes PACER documents—their nature, the parties involved and their disposition. Graphics give an overview of cases; for instance, showing not only days to trial or termination, but also to summary judgment or permanent injunction.

“Times to summary judgment, time to trial, etc., vary greatly by judge, by court and district,” Byrd said in an email to the ABA Journal. Knowing the length of past cases can help lawyers estimate the cost and risk of future litigation. Byrd says that timing of cases “are also interesting metrics to monitor” for companies when considering which outside counsel to hire. “One law firm may be much quicker at reaching some of these milestones than others,” he said. 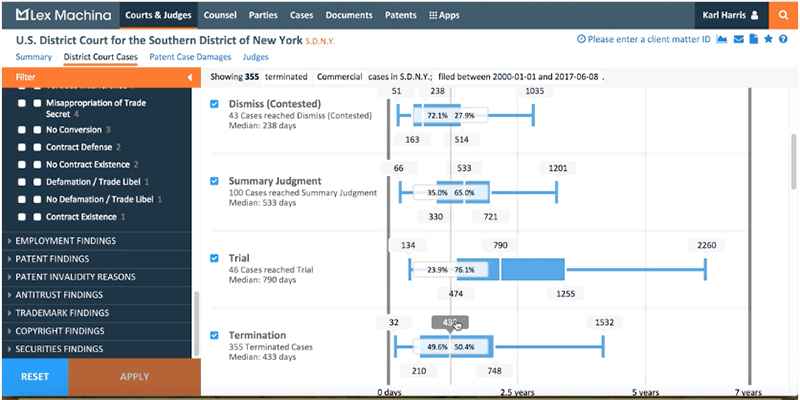 The platform uses machine and human coders to reclassify commercial cases in the federal docket. The PACER system makes it difficult to identify commercial cases, Byrd claimed: It applies multiple nature and cause categories, and labels one-fourth of cases as IP, securities or antitrust actions.

Lex Machina’s coding is intended to provide specific insights. For example, a demonstration indicates that damages are marked as contract, restitution, tort compensation or punitive. Specific performance and replevin remedies are tagged as well.

In a blog post, Lex Machina says commercial litigation is spread out widely by jurisdiction. The Central District of California and the Southern District of New York each account for about 7 percent of commercial cases.

Analytics are most useful at managing massive amounts of documentation available electronically – to “help you find the needles hidden in those haystacks,” Herman said, “and improve the lives of the associates that are condemned to finding them.”