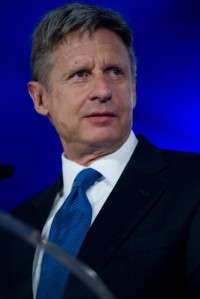 Neither professor had advance notice that Johnson had named them as potential Supreme Court picks, Law.com (sub. req.) reports. Johnson said he liked both professors because they would likely use original intent to interpret the Constitution, according to the Libertarian Republic.

Turley has challenged provisions in Utah’s polygamy law, and has sued over executive actions regarding the Affordable Care Act. “Though I have never met Governor Johnson,” Turley wrote on his blog, “I obviously share many values with him on the constitutional system.”

Campbell told Law.com Johnson may have noticed his support for separation of powers, as well as his newspaper op-ed last spring suggesting that Republicans with a Libertarian bent should consider a third-party candidate.