Like polo and sailing? Listing it on a law firm resume helped men but not women, study finds 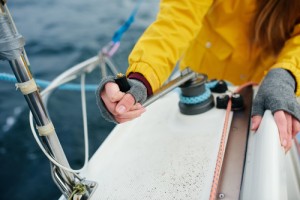 Resumés signaling wealth and privilege help men but not women get interviews for summer associate positions in BigLaw, a new study has found.

A follow-up survey of 210 lawyers who reviewed the fake resumés suggested they perceived the men as being more committed to their careers than upper-class women. Both upper-class men and women were perceived as being a better fit with law-firm culture and clients than their lower-class counterparts.

Interviews with 20 lawyers with hiring experience helped explain the study findings. Some hiring lawyers perceived the privileged women to be secretly looking for a husband or to be biding time before leaving their careers to be stay-at-home moms. Lower-class women, on the other hand, were perceived as more “hungry” and dedicated to earning money. And both lower-class men and women were perceived as less of a good fit and better suited for public-service and government jobs.

In the first round of the study (PDF), researchers sent the fake resumés to 316 top law firms, with some variations. The purported summer-associate job seekers were at the top of their class at selective yet second-tier schools from the geographic location of the targeted law firm.

The researchers are Northwestern University sociologist Lauren Rivera and András Tilcsik of the University of Toronto. Their study will be published in the American Sociological Review.