Lindsay Lohan is the new spokesperson for Lawyer.com 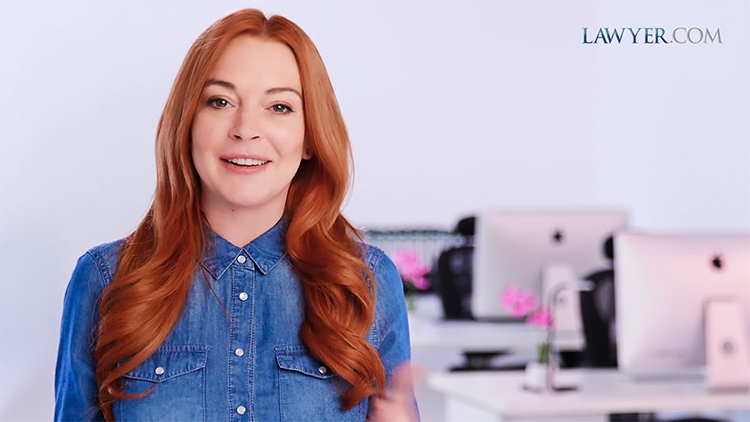 Lindsay Lohan is back in the public eye as a spokesperson for Lawyer.com, where she pokes fun at her own brushes with the law.

“Finding a lawyer’s a real pain. Trust me,” she says in an online video plugging Lawyer.com’s lawyer matching service. LegalTech News, Newsday and the Huffington Post are among the publications covering Lohan’s new role.

Lohan has been charged with drunken driving and drug possession, and went to jail three times for violating probation, according to LegalTech News. The ABA Journal covered her past brushes with the law in several stories, including these articles here, here, here, here and here.

“When Lawyer.com first reached out to me,” Lohan says in another video, “I was confused and a little scared because I thought I was in trouble.” After meeting with the team, “I realized Lawyer.com is just about helping people. From getting a DUI—let’s not pretend like I didn’t get one. Or two. Or three. Or some others,” she said.

The video was posted on Instagram, where more than 9,000 people viewed it in the first 10 minutes.

The website says Lohan will be an exclusive spokesperson for Lawyer.com for a year. Her compensation includes “a substantial option ownership position in the company.”

Lawyer.com CEO Gerald Gorman told LegalTech News that Lohan’s projects will be “clever and creative” and could include TV advertising, mini-movies and online ads.