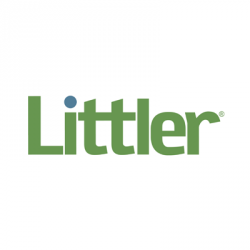 On Monday, the firm revealed that it had entered into a Swiss verein-style combination with the 170-lawyer Fromont Briens. The combination is Littler’s second major move into Europe, following an October 2015 combination with Vangard, a German labor and employment boutique firm.

According to Jeremy Roth, co-president and co-managing director of Littler, the move into France was one of several moves the firm was considering. Roth says that the firm considered Spain, as well as the United Kingdom—albeit before the Brexit complicated matters there. “France is, obviously, one of the most important countries in Western Europe, and their economy is quite strong,” Roth says. “There are a lot of global companies based there or have significant operations there. The labor laws are also complex, especially for employers.”

Roth says that he and his partners at Littler were first introduced to the Fromont Briens team a little over two years ago. Additionally, the German-based attorneys in Littler Global have worked extensively with the Fromont Briens lawyers over the last year and, according to Roth, enthusiastically recommended them to Littler as a combination partner. After that, it took about six months for the deal to come together.

“What we’re looking for are pragmatic, business-focused lawyers that can work in English and give practical and timely advice to clients,” Roth says.

When it comes to branding, Roth says that on local issues, Fromont Briens will likely stick with its own name and brand, but that on global matters, it will use the “Littler Global” brand name to market itself. In fact, Roth points out that Fromont Briens will now be the second-largest member of Littler Global, the overarching verein that includes Littler’s offices and combinations in North, South and Central America as well as Western Europe.

“We have no desire to deprive them of their local brand name, but this is a bigger operation now, and we’re talking about global clients,” says Roth. “We need to make sure we’re operating under a single brand that can be advanced based on the quality of our platform and the consistency of our offerings.”

The move into France was the latest step in Littler’s rapid worldwide expansion plan that began in 2010. In October of that year, Littler ventured outside of the United States for the first time, opening an office in Caracas, Venezuela. Since then, Littler has opened offices or entered into verein-style combinations throughout the Americas, including Mexico in 2012 and Canada in 2015. The October 2015 union with Vangard in Germany was the firm’s first entry into Europe.

Despite the presence of larger, more established European firms, Roth believes that Western Europe is a good market for Littler.

“What we’ve seen is that companies around the globe, if they can, would really like to reduce number of outside firms they rely on,” says Roth. “For a lot of companies, the transaction costs of hiring another law firm outweigh the benefits you get. Because of this convergence, we’ve determined that there is a market for us in Europe.”

To that end, Roth says that we can expect to see Littler Global expand even more into Europe. “I believe we will keep looking for other opportunities in Europe. We’ve found that once you make that initial move into a market, the market often responds positively, and other firms start approaching you to see if they might be able to explore some combination possibilities. I’m confident we will have additional combinations in the next 12 to 18 months throughout Western Europe.”