Make 200-mile trek to courthouse or plead guilty? Some defendants choose the latter 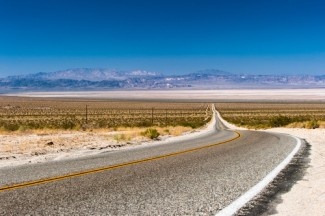 Criminal defendants in the nation’s geographically largest county are increasingly pleading guilty because they don’t want to make trips to a courthouse that is located up 200-plus miles away, according to local lawyers.

The lengthy trips in San Bernardino County, California, are a fact of life because of court closures caused by budget cuts in California, the Los Angeles Daily Journal (sub. req.) reports.

Some cases in the county were shifted to Victorville and San Bernardino after two other courthouses closed and a third limited its services, according to San Bernardino County Public Defender Phyllis Morris. Public transportation to the courts is unreliable, she told the Daily Journal, and travel costs can be expensive. One client of the PD’s office biked 30 miles to the courthouse. Other clients have slept on the courthouse steps because they couldn’t afford a hotel.

Kern County Deputy Public Defender Tracey Gallagher said travel cost is also problem for defendants in her county, some of whom are homeless. A few clients in Lake Isabella, where the courthouse closed last year, have pleaded guilty to avoid the hour-long drive to a different courthouse, he said.

Videoconferencing has been considered by San Bernardino County as an alternative to long trips, Morris said. But videoconferencing has drawbacks, according to Thomas Sone, chief deputy public defender for San Bernardino County’s desert division. On video, defendants may appear as if they don’t care about the case, Sone said, and a video appearance just isn’t the same as an in-court presence.