#MakeLawBetter: Keynote address lays out the future of legal services 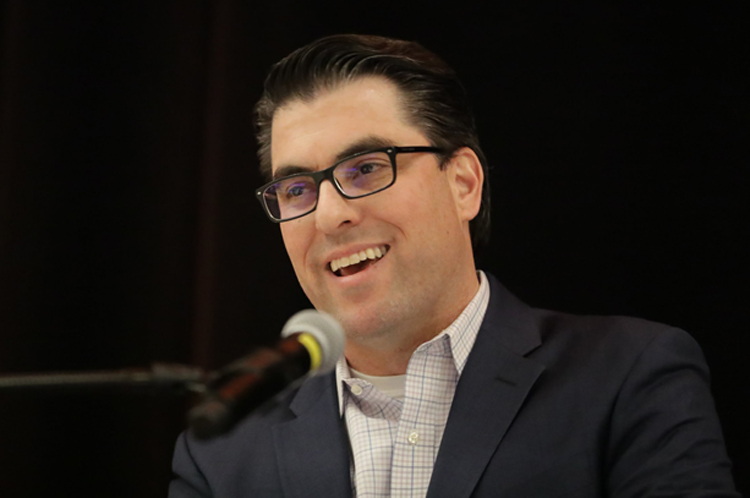 Dan Katz, associate professor and director of the Law Lab at Chicago-Kent College of Law, delivers the keynote address Friday at the ABA Techshow in Chicago. (Photo by Saverio Truglia.)

Dan Katz, associate professor and director of the Law Lab at Chicago-Kent College of Law, urged the audience at ABA Techshow to embrace technology and process improvement to #MakeLawBetter during his Friday keynote address.

Citing legal history from Hammurabi’s Code to the West Key Number System, he pointed out that “legal innovation is actually a 5,000-year-old field.” However, “somewhere along the way we stalled out.”

In a fast-paced and wide-ranging PowerPoint slide presentation titled “Six Vectors of Legal Innovation: How Current Trends Will #MakeLawBetter,” Katz laid out the promises and perils of legal technology and the legal profession that he believes will restart that historic trend of legal innovation.

The vectors, as Katz saw it, are: market structure; productization and scale; process improvement; artificial intelligence and analytics; intelligent monetization; and human capital and culture.

Broadly speaking, Katz said that a sum of small disruptions and competitors in the legal market, including the Big 4 accounting firms, legal technology companies and legal process outsourcing outfits like Axiom, are changing the game. These companies are providing process improvements and productized solutions that scale, which challenges a legal market that has traditionally centered on subject matter expertise and not business acumen and other service offerings.

“Collectively, they are doing the R&D for the legal industry,” he said.

Not only focused on process improvements, Katz also spent time dispelling myths and providing use cases for artificial intelligence and blockchain technologies.

Additionally, he argued that the legal innovation agenda is not the coming onslaught of robot lawyers, contrary to popular media accounts. Rather, the future is a marriage between technology and humans, which he says is more powerful than either group alone.

Noting the growth of the legal technology sector here and abroad, Katz said that there is a need for more validation studies and greater transparency to improve the sector. He pushed those in attendance to follow the lead of his company, LexPredict, and utilize open-sourced code. By making code public, he argued, improves a customer’s understanding of tools and decreases the power of marketing material, which can obfuscate vaporware - technology that is more concept than reality.

He noted that artificial intelligence in the legal space is continuing to change. Rules-based models, like A2J Author or Neota Logic, that provide walk-throughs of regulations and laws, will become chatbots in the near future. Meanwhile, he predicted that data-driven AI, like machine learning and natural language processing models, will only grow in use and impact as barriers, like cost and technical ability, are being lowered in a competitive marketplace, which include Google’s TensorFlow, IBM’s Watson and Microsoft’s Azure.

As for blockchain, Katz provided use cases that improve on the ability to provide services while saving attorneys’ time. In one example, he argued that the blockchain could be used to house weather data that could validate a smart contract between a farmer and an insurer when a crop yield is low due to drought. This would save time, shortening the time between claim and payout, he argued.

In the future, Katz said that he sees AI, blockchain and the Internet of Things (IoT) as part of the Fourth Industrial Revolution, which will build off of the digital age we are transitioning out of.

These technologies will aid, in Katz’s terms, the movement away from the current standard of chaos and complexity towards process and predictability.

Taking the menagerie of topics and trends he covered into account, he said he is bullish on what the future holds for the legal profession.

“To the legal innovators,” he concluded, “I say let’s stay the course.”