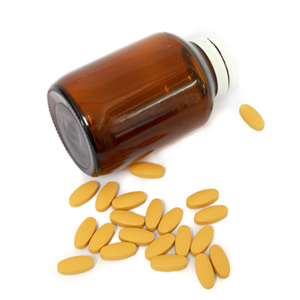 The U.S. Supreme Court has agreed to consider the case of a college student who wants to sue for malicious prosecution because of his arrest for pills that turned out to be vitamins.

The court agreed to hear the case of Elijah Manuel on Friday, report the Chicago Tribune, the Joliet Patch and Courthouse News Service.

Manuel, who is black, says he was arrested by Joliet, Illinois, police officers in March 2011 after they pulled over the car his brother was driving. Manuel says an officer yanked him from the car, screamed a racial slur, pulled a bottle of vitamins from his pocket, and said their field tests indicated it was Ecstasy. Officers lied about the test, Manuel alleges, and lied when they said they smelled marijuana in the car.

Manuel’s release May 4 came seven weeks after his arrest and more than a month after the date of a state police lab report that found the pills were not a controlled substance, according to his cert petition (PDF).

Manuel says he had to drop college classes because he couldn’t complete the work while he was in jail.

The Chicago-based 7th U.S. Circuit Court of Appeals had ruled that Manuel could not sue for malicious prosecution under Section 1983 based on a Fourth Amendment violation. Ten other circuits have permitted such suits, according to Manuel’s lawyers.

Next:
Lawyer relinquishes his law license to make a point