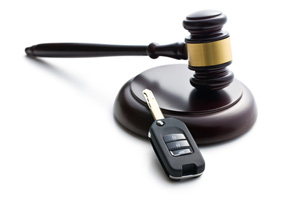 A Hartford, Connecticut, man has been accused of driving a stolen car to court to face a charge of car theft.

Jonathan Rivera, 25, told police he didn’t want to miss his court date, report the Hartford Courant and the Greater Hartford version of the local news site, Patch.com. Rivera said he had paid $40 to rent the 2014 Subaru from a person he didn’t identify. An earlier Courant story on the arrest is here.

Police discovered the car was stolen as a result of a license plate scan by a city parking authority employee. Police arrested Rivera after he left the courthouse and tried to drive away.

Rivera was charged with second-degree larceny, driving without a license and taking a motor vehicle without the owner’s permission. Bail was set at $10,000, and he will have to wear an ankle bracelet once it’s paid.

In the earlier case, police said they found Rivera sitting in a stolen Hyundai SUV when they were investigating a suspicious car on Feb. 17. Rivera told an officer who knocked on his window that “my boy G” owned the car, and he was waiting for the friend to return.