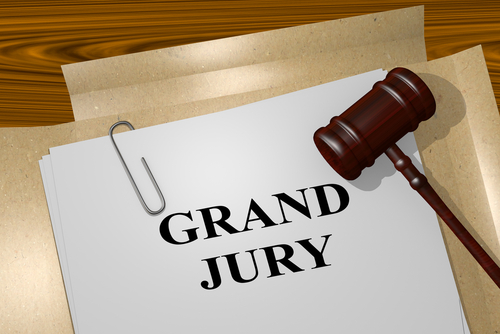 A grand jury has declined to charge a Florida man who drove his dead neighbor to his lawyer’s office.

Prosecutors announced on Monday that grand jurors had declined to charge John Marshall of Pine Island in the March 2015 shooting death of his neighbor, report the Fort Myers News-Press and NBC Miami.

Marshall had claimed he shot his neighbor, Theodore Hubbell, in self-defense before he loaded the body onto his pickup truck, covered it with a tarp, and drove to the Harris Law Firm near downtown Fort Myers.

Grand jurors found no evidence to rebut the claim. “There are no eyewitnesses to the shooting and the evidence available to this grand jury is insufficient to rebut John Marshall’s claim of justifiable self-defense,” the grand jury said in its statement of findings.

Marshall had said his neighbor confronted him with a gun but he was able to wrestle it away. After the incident, lawyer Robert Harris said Marshall was disheveled, with a broken tooth and what looked like two broken thumbs.

Marshall had called the Harris Law Office days before the incident to report his neighbor had threatened him and he was afraid. The lawyers advised Marshall to get a restraining order. The law firm was representing Marshall in a prior aggravated battery case.

Hubbell lived in Bokeelia, where Marshall planned to build a home. Hubbell didn’t want Marshall to build on the property, Harris had said.

Marshall’s lawyer called 911 after he arrived at the law office.