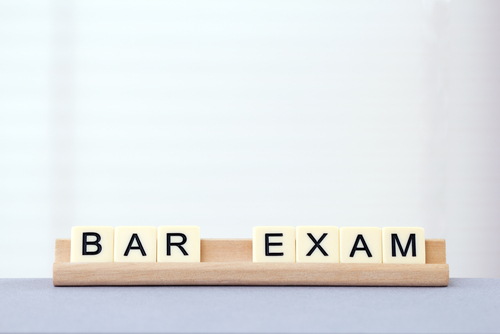 Updated: On Thursday, the State Bar of California’s Committee of Bar Examiners voted 13-1 to recommend leaving California’s bar cut score at 1440, Courthouse News Service reports. Some studies are still ongoing, according to the article, including a content validity study expected to be completed in October.

“I have yet to hear any data that suggests that we should change this cut score not only permanently but definitely not interim,” said committee member Lee Wallach. “Once you go there, you’re not going to go back. So let’s get it right the first time. There really seems to be no rush.”

And on Wednesday, the bar’s Law School Council endorsed lowering the cut score to something between 1350 and 1390, the Recorder reports.

The bar’s Board of Trustees are scheduled to meet Sept. 6 and Sept. 7, and it will make its recommendation to the California Supreme Court after considering both proposals.

Nearly 80 percent of attorneys—but only about 2 percent of those who took this year’s test—believe that California’s bar cut score should remain at 1440, according to the findings of a survey given by the State Bar of California and released in a report (PDF) on Thursday.

Traditionally, the cut score is set by the state’s bar exam committee, but in July the California Supreme Court amended the rule, asserting its own authority to determine the score. At the court’s direction, the state bar commissioned a standards setting study earlier this year, which offered two suggestions at the time: Set a new interim bar exam cut score at 1414 or maintain the current score of 1440.

However, a review of comments from public hearings has resulted in an interim cut score of 1390 to also be considered. According to the report, that score falls within the confidence interval from the study and would have a positive impact on diversity.

Protecting the public from potentially unqualified attorneys and maintaining the integrity of the profession were the top reasons why attorneys surveyed felt the cut score should remain where it is. For state bar applicants, student loan debt, access to legal services for underserved populations and the recent decline in state bar passage rates were given as the most important reasons to lower the score.

The report also details by gender and race how bar passage rates would have spiked if the cut score was lowered.

Updated on Sept. 1 to note recommendations from the bar’s committee of bar examiners and the Law School Council.