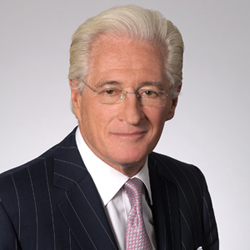 The team of lawyers defending Donald Trump in the ongoing Russia investigation has undergone a major shakeup, according to multiple reports.

On Thursday evening, several media outlets reported that Marc Kasowitz, founder of Am Law 200 firm Kasowitz, Benson, Torres & Friedman, will take a step back and assume a lesser role with the defense team.

According to the Times, which cite three unnamed sources, the shakeup is partially due to an internal split over how to respond to the ongoing Russia probe conducted by special counsel Robert Mueller. The Times reports that Corallo was opposed to the team’s strategy of going after Mueller and investigating his team for any conflicts of interest or appearances of impropriety. The decision to elevate seasoned Washington, D.C. attorney Dowd was also due to his experience with politically charged criminal probes. Along with Sekulow, Dowd will also rely on help from Hogan Lovells partner Ty Cobb, who was added to the team July 17.

Corallo did not respond to the ABA Journal’s request for comment.

The move to reduce Kasowitz’s role comes after a turbulent several weeks for him. The New York Times reported on July 11, citing three unnamed sources close to the legal team, that Trump had become disillusioned with Kasowitz’s defense strategy while Kasowitz had clashed with Trump’s son-in-law Jared Kushner, himself represented by a team of top lawyers including famed D.C. lawyer Abbe Lowell of Norton Rose Fulbright.

Last week, ProPublica reported that Kasowitz sent several profane emails in response to a message from a stranger telling him to resign. Kasowitz spokesman Michael Sitrick later issued a statement saying Kasowitz intended to apologize to the recipient of those emails—one of which included a line telling the man to “watch your back, b—-.”