Marijuana class 'sold out fast' at this law school 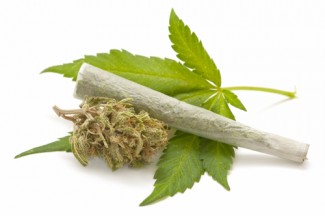 The University of Denver’s Sturm College of Law will be offering a class on cannabis law this January called “Representing the Marijuana Client.”

Law professor Sam Kamin, who created the course, says he doesn’t know of any other law professor teaching a similar class, the Denver Post’s Cannabist blog reports. The class isn’t about how to sell a lot of marijuana—it’s about the legal issues that would arise when representing industry or the government, he said.

The course will involve hard work on practical problems created by Colorado’s legalization of marijuana. “Topics covered will include regulatory compliance, criminal defense, contract, banking, tax, real estate, and multidisciplinary practice,” he said. “It’s not going to be a joke.”

Kamin acknowledges hearing a lot of jokes from colleagues, but he says his dean quickly approved the class, which “sold out fast.”

Santa Clara University School of Law, meanwhile, is offering a spring semester class that aims to be a “mini think tank” on the legal issues the state is likely to confront if California legalizes marijuana, according to spokesperson Deborah Lohse. Possible topics include: how driving under the influence will be measured, what type of regulations should govern marijuana sellers, and whether employee drug testing rules will need to be changed.

Updated on Dec. 8 to include information about Santa Clara law school’s class.