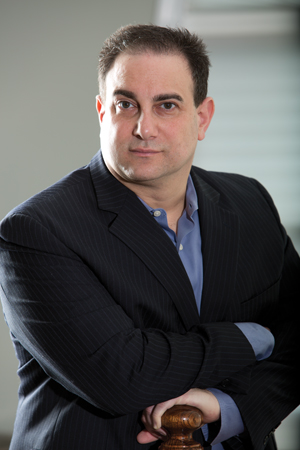 Martin Tankleff, who was arrested at age 17 and would spend 17 years in prison for a wrongful conviction in the murders of his parents, has passed the New York state bar exam, Newsday reports.

Tankleff, who graduated from the Touro College Jacob D. Fuchsberg Law Center in 2014, had taken the notoriously difficult bar exam a few times, and passing it “is a big relief,” Tankleff told the New York Law Journal.

He has been working for Metcalf & Metcalf in New York City for nearly a year, and name partner Steven Metcalf says Tankleff has “a brilliant legal mind” and looks forward to continuing to work with him on criminal defense cases.

“I can’t wait for Marty to get admitted,” Metcalf says. “I’ll be standing outside the courthouse, and I’ll say, ‘Marty, come to court with me.’”

Tankleff was featured in an ABA Journal story in 2015 about three men who spent many years behind bars for crimes they didn’t commit and went to law school after their convictions were found to be wrongful.

Tankleff, 45, was set free in 2007 after a state appeals court ruled that a trial court had been wrong to disallow newly discovered evidence concerning the likely killer because some of the witnesses had criminal records. The state then dismissed the charges. In 2014, the state of New York paid him $3.4 million to settle his wrongful-conviction claim.

Arlene and Seymour Tankleff, were bludgeoned and stabbed to death in their Belle Terre, New York home on Long Island in 1988, and Martin Tankleff, their 17-year-old son, was later charged in the deaths. But evidence later emerged pointing to Seymour Tankleff’s business partner, who owned him money, as hiring hit men to kill the Tankleffs, the New York Daily News reported at the time.

“I would love to emulate lawyers in the wrongful conviction movement,” Tankleff told Newsday. “Who better to understand the system than someone who’s been through the system?”