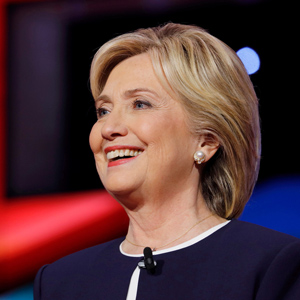 Corrected: A Maryland judge has ordered state ethics authorities to investigate three lawyers for Hillary Clinton based on a Texas lawyer’s complaint about their role in deleting Clinton’s personal emails.

Judge Paul Harris Jr. of Anne Arundel County ordered the investigation over the objections of the Attorney Grievance Commission and the Office of Bar Counsel, report the Baltimore Sun and the Washington Times.

“There are allegations of destroying evidence,” Harris said at a hearing on Monday.

Bar counsel had declined to investigate because the lawyer who lodged the complaint, Ty Clevenger, had no personal knowledge of the allegations. The state lawyers also argued Clevenger’s complaint was frivolous.

Clevenger is seeking the ethics investigation into conduct by lawyers Cheryl Mills, Heather Samuelson and David Kendall, who is of counsel at Williams & Connolly. Clevenger refers to Kendall as David “The Deleter” Kendall in a blog post that discloses Kendall had sought Clevenger’s disbarment in Washington, D.C., district court. The court suspended Clevenger for 120 days, the Dallas Morning News reported in a February 2016 profile.

Clevenger had filed grievances against the Clinton lawyers in multiple jurisdictions. He has also filed bar complaints against Hillary Clinton and has filed an open records request seeking information about the deletion of some of the emails from Clinton’s private server when she was secretary of state.

The FBI denied the open records request and Clevenger appealed to the Justice Department, which said it would expedite his request.

FBI director James Comey announced in July 2016 that he was recommending that no charges be brought against Clinton. He also said the FBI has “reasonable confidence” there was no intentional misconduct by Clinton’s lawyers in sorting her emails to find those pertaining to work. The lawyers relied on headings and search terms, rather than reading each individual email, he said. The lawyers deleted emails that weren’t returned to the State Department “and the lawyers cleaned their devices in such a way as to preclude complete forensic recovery,” Comey said.

The Dallas Morning News profile calls Clevenger “a fearless, saber-toothed legal hit man for what he believes is right.” He has also taken on federal judges and Texas Attorney General Ken Paxton, who was later indicted for securities fraud for allegedly persuading people to invest in a tech startup without disclosing his investment in the company.

Corrected at 10:30 a.m. to report that Clevenger was suspended for 120 days from the Washington, D.C., federal court.