ABA Board of Governors member who died suddenly was a good lawyer but 'a better person,' friends say 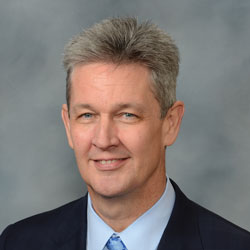 Kevin Curtin, senior appellate counsel in the Middlesex County District Attorney’s Office in Massachusetts and the District 2 representative to the ABA Board of Governors, died suddenly Thursday.

“Kevin was a great lawyer,” Middlesex County District Attorney Marian Ryan says. “He was somebody who really valued the profession and contributed to the profession.

“But as good a lawyer as he was, he was a better person. If you look at somebody’s life in terms of, were they successful and the criteria is did they make life better for somebody else? There are legions of people who can say, ‘My life was better in some way, personally or professionally, because of Kevin.’ “

Curtin was the grand jury director for the Middlesex County District Attorney’s Office and also played a significant role in its recruitment and retention. Ryan adds that he spent a lot of time working with law students and many of her “really excellent prosecutors are people who came into the office under Kevin’s tutelage.”

When Curtin joined the Board of Governors in August, he became its liaison to the Standing Committee on the Delivery of Legal Services and International Law Section. He was also a member of the Profession, Public Service and Diversity Committee.

He told the ABA Journal after he was nominated that he considered it an opportunity to serve the association in a different way. 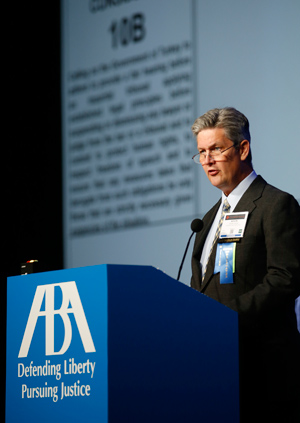 Curtin held many other ABA leadership positions. He had been a member of the House of Delegates since 2018 and served on the Committee on Drafting Policies and Procedures. He was also a member of the Working Group on Building Public Trust in the American Justice System and past vice-chair at large of the Criminal Justice Section Council and co-chair of its Appellate and Habeas Practice Committee.

In 2018, he received the Criminal Justice Section’s Norm Maleng Minister of Justice Award, which honors individuals who understand “the duty of the prosecutor is to seek justice, not merely to convict.”

After graduating from Boston College Law School in 1988, Curtin served as a law clerk for Judge William Young of the U.S. District Court for the District of Massachusetts. According to his obituary, which was published in the Boston Globe, he tried hundreds of jury cases and managed Superior Court post-conviction matters during his career.

Dean Vincent Rougeau said in a statement published by the Boston College Law School Magazine that “Kevin was a loyal and caring colleague and friend to so many of us.”

“He was immensely proud of BC Law, and he supported this community in innumerable ways,” Rougeau wrote. “We are heartbroken and grieve for his family, especially his wife and daughter.”