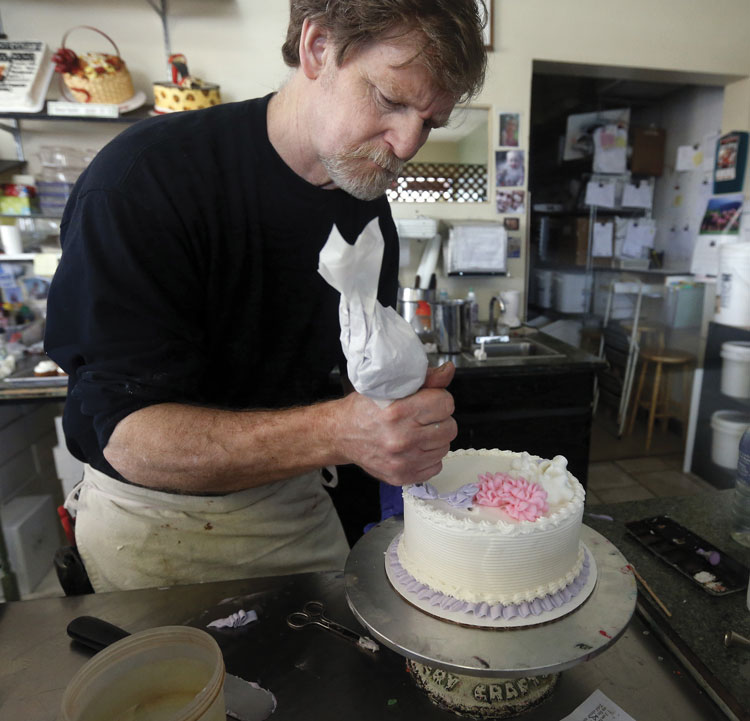 After winning his case before the U.S. Supreme Court, the owner of Masterpiece Cakeshop is challenging another decision by the Colorado Civil Rights Commission.

Christian baker Jack Phillips is challenging a probable cause finding that his refusal to bake a cake celebrating a gender transition was a violation of state public-accommodations law. He filed a federal lawsuit late Tuesday, according to a press release by the group representing him, Alliance Defending Freedom. The Denver Post also has coverage.

The Supreme Court ruled 7-2 in June that the commission violated Phillips’ right to free exercise of religion by showing hostility to his explained reasons for refusing to bake a cake for a gay wedding. The decision said the commission’s handling of the case “was inconsistent with the state’s obligation of religious neutrality.”

The new lawsuit says “Colorado has renewed its war” against Phillips “by embarking on another attempt to prosecute him, in direct conflict with the Supreme Court’s ruling in his favor. This lawsuit is necessary to stop Colorado’s continuing persecution of Phillips.”

A lawyer had asked Phillips to bake the transgender celebration cake on the same day the high court agreed to hear Phillips’ case. The lawyer said he wanted a cake that was pink on the inside and blue on the outside to celebrate a male-to-female transition.

The suit says baking the cake would violate Phillips’ religious belief that being male or female “is given by God, is biologically determined, is not determined by perceptions or feelings, and cannot be chosen or changed.”

The suit alleges that Colorado treats Phillips worse than other cake artists “because it despises his religious beliefs and how he practices his faith.” The suit alleges violations of Phillips’ rights to free speech, free exercise of religion, due process and equal protection. It seeks an injunction, lost profits and punitive damages.