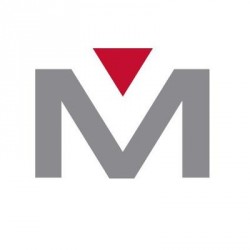 On Monday, the firm announced the hiring of three veteran intellectual property lawyers to help establish the firm’s new office in New York City. Ex-Goodwin Procter partners Kevin Culligan and John Hanish have joined as shareholders, along with another new shareholder, John Hintz, who used to be a partner at Rimon.

“Kevin Culligan, John Hanish and John Hintz are prominent intellectual property attorneys, known for attaining favorable results while sharing our emphasis on providing a nimble, innovative approach to client service,” said Maynard Cooper chairman Greg Curran, in a press release. “They are long-time professional colleagues of several of our attorneys, and we are excited that they have decided to join Maynard Cooper during this time of opportunity and expansion.”

In an interview with the ABA Journal, firm vice-chairman and chief strategy officer Jeff Grantham credits W. Edward Bailey, of counsel with the firm, for recruiting the three New York lawyers into the fold. Culligan, Hanish and Hintz have all previously worked at IP boutique firm Fish & Neave where Bailey was their managing partner (Fish & Neave was acquired by Ropes & Gray in 2005).

“The three of them were interested in going to a smaller, more nimble and entrepreneurial firm, so they got in touch with Ed,” Grantham says. “We saw it as a great opportunity to build out our IP practice and have capabilities on both the east and west coast.”

Culligan and Hanish have moved firms together multiple times, going from Fish & Neave to King & Spalding in 2004 along with Bailey. The two joined Heller Ehrman in 2007 before landing at Goodwin Procter the following year after Heller went out of business. Hintz, meanwhile, has also undergone a big firm odyssey, moving from Fish & Neave to Wilmer, Cutler, Pickering, Hale & Dorr in 2004 and then heading to Chadbourne & Parke in 2010. After a two-year stint at Haynes & Boone, he joined Rimon in 2014. Collectively, the three have represented a range of clients including Samsung, Google, Cisco, Bank of America, Merck KGaA, Merrill Lynch and Teva Pharmaceuticals.

Grantham says that the firm will pursue a similar strategy in New York as it did with its San Francisco office, which it opened in 2014. According to Grantham, the firm originally went to San Francisco for financial services litigation, but got the opportunity to build up their IP practice when Sasha Rao—another Fish & Neave alum recruited by her old boss, Bailey—joined the firm.

“We went in there with a narrow plan, and it has resulted in us being able to build other opportunities that line up with the services we can offer,” Grantham says. “I think we’ve got that same view about New York. We’re there for IP, but we do expect to grow as opportunities arise and we pursue them.”

Perhaps unusually, the New York office won’t have a managing partner—at least not yet. “Ed Bailey spends a lot of time in both Alabama and New York, so he’ll serve as a liaison—and we’ll see how that goes,” Grantham says. Having Bailey will also help the firm integrate its new shareholders. “We value Ed and they do, too,” Grantham says. “He provides us with a unique opportunity to communicate with them, integrate them, and function well with them.”