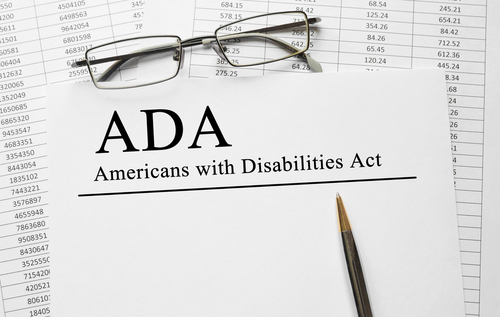 Four companies have settled lawsuits that claimed they violated the federal Americans with Disabilities Act by failing to make their websites and apps easily accessible to blind people.

The companies are McDonald’s, Kmart, Grubhub and Empire Today, the Chicago Tribune reports. The cases were brought in Chicago federal court because of the locations of the companies’ respective corporate headquarters. The Cook County Record also has a story.

Terms of the settlements were not disclosed. Federal judges dismissed the cases in October and early November.

Lawyers from DannLaw represented the plaintiffs, who are Los Angeles residents. Rusty Payton, a lawyer for the plaintiff in the Grubhub case, told the Tribune that “the goal of all of these clients is first, accessibility.”

Another suit against Ace Hardware is pending in the Northern District of Illinois. ADA suits have also been filed against companies in other jurisdictions, including TGI Fridays, Red Lobster, Sizzler and the corporate parent of Chili’s.