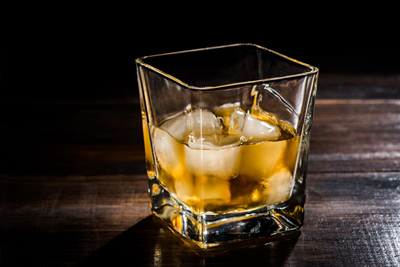 In U.S. District Courts for the Central District of California and District of Nevada, MGM has filed for declaratory judgement to avoid or limit liability related to the Oct. 1, 2017, shooting that killed 58 people and injured nearly 500.

“I’ve never seen a more outrageous thing, where they sue the victims in an effort to find a judge they like,” Robert Eglet, an attorney who has represented Las Vegas shooting victims, told the Las Vegas Review-Journal. “It’s just really sad that they would stoop to this level.”

Shooter Stephen Paddock fired into a crowd of concertgoers from a 32nd-floor hotel room at the Mandalay Bay Resort and Casino, which is owned by MGM. Since the shooting, hundreds of victims have sued the resort company in California and Nevada state courts. Paddock killed himself before police stormed his room.

In a filing dated July 13, MGM argues that a post-9/11 federal law called the Support Anti-Terrorism by Fostering Effective Technologies (SAFETY) Act of 2002 shields them from liability. In total, the hotel chain is making this argument in four separate proceedings, including new suits filed Tuesday in the U.S. District Courts for the District of Arizona and the Central District of California.

David Gallacher, a partner at Sheppard, Mullin, Richter & Hampton in Washington D.C., told the ABA Journal that the law was intended to shield manufacturers of security equipment—such as airplane doors and metal detectors—under the cloak of U.S. sovereign immunity and by potentially capping damages.

If applied, the SAFETY Act would put all related claims exclusively in federal jurisdiction.

“While we expected the litigation that followed, we also feel strongly that victims and the community should be able to recover and find resolution in a timely manner,” says Debra DeShong, a spokeswomen for MGM Resorts, in an emailed statement. “Congress provided that the Federal Courts were the correct place for such litigation relating to incidents of mass violence like this one where security services approved by the Department of Homeland Security were provided.

“The Federal Court is an appropriate venue for these cases and provides those affected with the opportunity for a timely resolution. Years of drawn out litigation and hearings are not in the best interest of victims, the community and those still healing.”

MGM would not respond to further requests for comment on the record.

“This is the first test of the SAFETY Act, 15 years after it was passed,” Brian Finch, a partner at Pillsbury Winthrop Shaw Pittman in Washington D.C., told the ABA Journal. He believes MGM’s lawsuit “is in error.”

According to the complaint, MGM argues that the obscure law applies to them because they hired Contemporary Services Corporation, a third-party security vendor with SAFETY Act certification, and the events of Oct. 1 were an act of “mass violence,” which is not a legal term.

“They are drawing far too broad of a circle with how the SAFETY Act applies,” says Finch.

Under the law, a company or service provider can be shielded for certain types of liability arising from a designated act of terrorism. While CSC was certified by Homeland Security under the SAFETY Act, the department has not designated the Las Vegas shooting a terrorist attack.

The day after the shooting, Homeland Security issued a short statement, which was tagged under “Countering Violent Extremism.” There has been no other statement from the department on the shooting.

Without the official designation, the MGM claims attempt to ask federal judges to make this determination, which is not what the statute envisioned, says Finch.

Despite this definitional hurdle, MGM’s argument faces other challenges.

“Even if this were declared an act of terrorism, it only related to services supplied by [CSC],” says Finch. “It has no impact on security services or emergency response services provided by MGM, especially those on the ground at Mandalay Bay.”

He believes that even if the SAFETY Act applies, it will be done so narrowly and only affect claims that directly deal with CSC’s services.

Updated on July 19 to include two new suits brought by MGM in Arizona and California. Clarifies sixth and 11th paragraphs on July 18.