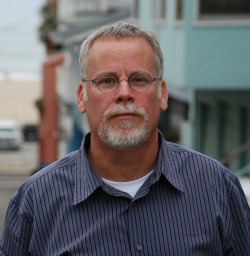 Michael Connelly’s legal thriller The Fifth Witness has been named the winner of the 2nd Annual Harper Lee Prize for Legal Fiction.

The Fifth Witness, which debuted at No. 1 on the New York Times Best Seller List, features a recurring Connelly book character, the maverick Los Angeles lawyer Mickey Haller, who after having taken on foreclosure cases represents a woman accused of killing the banker threatening to take her home away. Haller, also known as “The Lincoln Lawyer,” inspired the 2011 Hollywood movie of the same name.

After a close vote, Connelly was selected from among three finalists, including Robert Dugoni, author of Murder One, and David Ellis, author of Breach of Trust.

“This is a fantastic honor, not only for its association with Ms. Lee but because it seeks to highlight the very important and honorable role of lawyers in society,” Connelly said Tuesday. “When I was 13 and spending hot summer days in the air conditioning afforded by the Fort Lauderdale public library, a librarian made me read To Kill a Mockingbird. I discovered a story about a lawyer who was forthright and willing to do the right thing, even at great risk and cost to himself and those he loved. That is the definition of hero I have endeavored to capture in my own work. This honor tells me I’m on the right track.”

The prize will be presented at a ceremony and panel discussion hosted by the selection committee on Sept. 20, at the National Press Club in Washington, D.C., in conjunction with the National Book Festival, sponsored by the Library of Congress. Connelly will receive a copy of To Kill a Mockingbird signed by Harper Lee.

The prize, created by the University of Alabama School of Law and the ABA Journal, honors Lee for the extraordinary and enduring influence her novel has had in the public perception of the legal profession. The prize will be awarded annually to the published book-length work of fiction that best exemplifies the role of lawyers in society. Author John Grisham won the inaugural prize last year for his book The Confession.

Connelly, a veteran journalist and past president of the Mystery Writers of America, has sold more than 45 million books worldwide. He lives with his family in Florida.

For More on Books:

The Modern Law Library: With podcasts featuring authors and news about law-related books