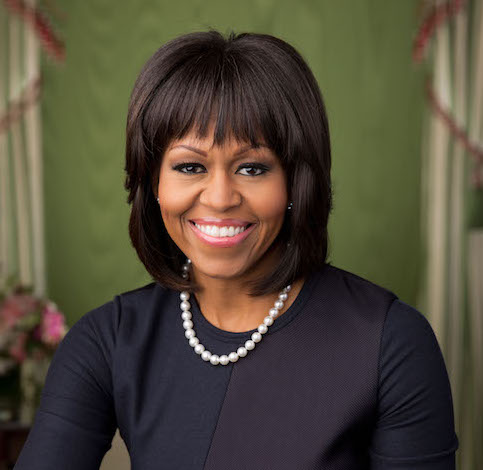 Michelle Obama says she was a “box checker” like a lot of hard-driving kids.

Obama explained this in an interview with Oprah Winfrey published by Town & Country. “Get good grades: check,” Obama said. “Apply to the best schools, get into Princeton: check. Get there, what’s your major? Uh, something that’s going to get me good grades so I can get into law school, I guess? Check. Get through law school: check. I wasn’t a swerver. I wasn’t somebody that was going to take risks. I narrowed myself to being this thing I thought I should be.”

Obama had attended Harvard Law School and was working as an associate at Sidley Austin when she realized she wasn’t happy. Obama told her mother about her dissatisfaction during a drive from the airport.

“You know, my mother didn’t comment on the choices that we made,” Obama said. “She was live-and-let-live. So one day she’s driving me from the airport after I was doing document production in Washington, D.C., and I was like, ‘I can’t do this for the rest of my life. I can’t sit in a room and look at documents.’ I won’t get into what that is, but it’s deadly. Deadly. Document production. So I shared with her in the car: I’m just not happy. I don’t feel my passion. And my mother—my uninvolved, live-and-let-live mother—said, ‘Make the money, worry about being happy later.’ “

Obama said her unhappiness must have felt indulgent to her mother, who didn’t go back to work and start finding herself until after her children entered high school.

Obama met Barack Obama when he was a 27-year-old summer associate. She was assigned to mentor him. Barack Obama “was the opposite of a box checker,” Michelle Obama told Winfrey. “He was swerving all over the place.”

Obama spoke with Winfrey about her new memoir, Becoming. She told Winfrey that the title summed up her experience of growing up. “You know, all young women probably have some magic number of what age you’ll be when you’ll feel like a grown-up,” said Obama. “But the truth is, for me, each decade has offered something amazing that I would never have imagined. And if I had stopped looking, I would have missed out on so much. So I’m still becoming, and this is the story of my journey.”

Updated at 9:56 p.m. to add an additional quote from Obama’s interview with Winfrey.