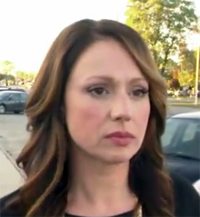 A Michigan mom has been sentenced to seven days in jail for contempt of court for failing to follow a consent order to vaccinate her 9-year-old son.

Rebecca Bredow was sentenced to jail on Wednesday as part of a court battle with her ex-husband, who shares custody of the boy, report the Washington Post, MLive.com, the Detroit News and WXYZ, which posted a video of the hearing.

Judge Karen McDonald of Pontiac, Michigan, said during the contempt hearing that Bredow had agreed to vaccinate the boy in a November consent order. There was no appeal and no motion for reconsideration, yet Bredow did not comply, McDonald said.

“I understand you love your children,” McDonald told Bredow. “But what I don’t think you understand is that your son has two parents, and dad gets a say.”

McDonald gave temporary custody of the boy to Bredow’s ex-husband, James Horne. He will have custody while Bredow is in jail and until enough time has passed to update the boy’s vaccinations.

Bredow has said she and her husband agreed to suspend immunizations when their son was 2, and the child hasn’t had a vaccination since then. She contends Horne changed his mind to get leverage in their court battle.

Parents of public school children in Michigan can obtain a waiver for vaccinations, but they have to attend an educational session first about the benefits of vaccines, according to the Washington Post.