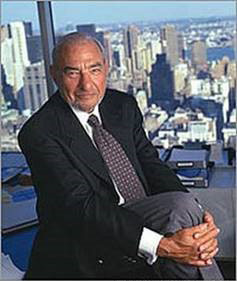 Melvyn Weiss, a founder of securities class-action law firm Milberg, Weiss, Bershad, Hynes & Lerach, has died at the age of 82.

Weiss, “a giant of the plaintiffs bar,” had been diagnosed with Amyotrophic Lateral Sclerosis in June and died in his sleep, the American Lawyer reports. A press release by his son’s law firm, Seeger Weiss, is here.

Weiss spent a year in prison and four months in a halfway house after pleading guilty to paying kickbacks to lead plaintiffs in class actions. His former law firm paid $75 million to resolve charges in the alleged kickback scheme.

The Seeger Weiss press release notes Weiss’ charitable work. He represented on a pro bono basis Holocaust victims in suits against Swiss and German banks, as well as Sept. 11 victims. He and his wife also established a foundation at New York University School of Law that paid student loans for public-interest lawyers.

Weiss had worked his way through NYU law school as an accountant. He graduated from the school in 1959.