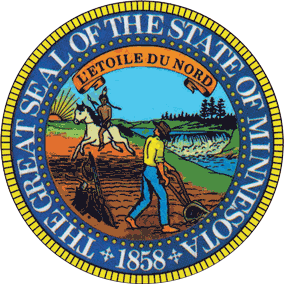 Wednesday’s ruling upholds an intermediate court’s decision to overturn the conviction of Quentin Todd Chute. Chute was convicted of receiving stolen property after police walked down his driveway and into the back of the property to inspect a camper parked there. They concluded that it matched the description of a stolen camper and charged Chute with receiving stolen property.

Prosecutors argued that police lawfully entered Chute’s driveway because it’s too far from the house to count as curtilage—the area immediately around the home that receives Fourth Amendment protection. But the state high court ruled that without a warrant, law enforcement may only enter a home’s curtilage to knock on the door.

Justice Margaret Chutich, writing for the four-justice majority, said the camper was parked in the back of Chute’s suburban St. Paul house and fenced in on three sides. To inspect it, she wrote, the officer had to deviate from the path to the house’s door. At that point, she concluded, the officer needed a search warrant.

“Viewed objectively, the evidence demonstrates that the officer’s purpose for entering the curtilage was to conduct a search,” she wrote. “The officer walked directly to the camper, inspected it thoroughly, both inside and out, and only turned back toward the house when he was satisfied that the camper was stolen.”

But Justice Anne McKeig, joined by Chief Justice Lorie Skjerven Gildea, said the area was not Chute’s curtilage because it was too far from the home. It was also visible from the street, the dissent notes; the owner of the stolen camper happened to notice it as he passed by.

“It is not sufficient to simply call an area a ‘backyard’ or ‘driveway’ and categorically presume that it is curtilage,” she wrote. “I would hold that the officer lawfully conducted his investigation in ‘open fields’ and then entered Chute’s curtilage with the purpose of seeking him out, as is permitted under [the U.S. Supreme Court’s] Florida v. Jardines.”