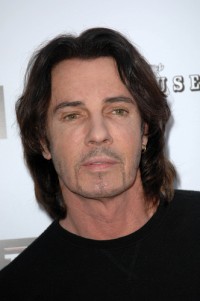 A comment by a potential witness posted Tuesday on a CNYcentral.com news site led to a mistrial the next day in a personal injury case against 1980s rock star Rick Springfield.

Plaintiff Vicki Calcagno, 43, says she was injured in 2004 when Springfield slipped during a concert and bumped into her as she was standing on a folding chair near the stage. On a news article about the case, a woman commented that she and her family were standing next to the plaintiff and also were struck by Springfield. Calcagno’s lawyer, Ken Goldblatt, then posted a comment himself, asking the potential witness to call him, the Post-Standard reports.

Goldblatt interviewed the potential witness the next day, and his opposing counsel sought and got a mistrial to bring himself up to speed on the new evidence. Up until that point, it had looked like jury deliberations would soon begin in the Syracuse, N.Y., case.

“It’s a whole new game regarding admitting evidence from social media. We haven’t come across this before in this district,” attorney Gerard Neri later told the Post-Standard. He serves as special counsel for a six-county Supreme Court court system that includes Syracuse.

Updated at 5:30 p.m. to link to additional Post-Standard article.

Next:
Vets discharged under Don't Ask, Don't Tell should be allowed to seek change in records, ABA says